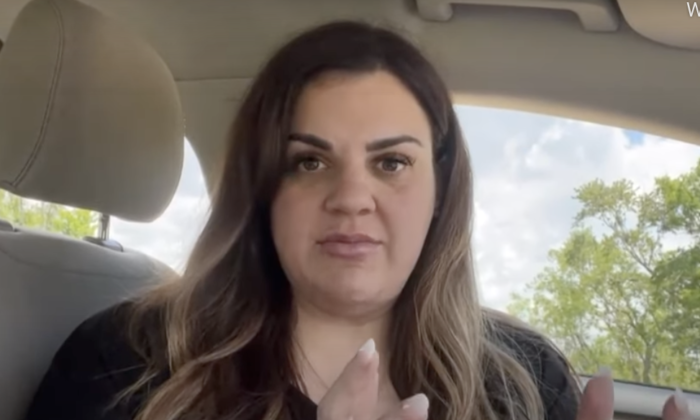 Abby Johnson, a former Planned Parenthood clinic director and now pro-life activist, said she is cautiously optimistic that the leaked Supreme Court decision will be upheld and Roe v. Wade will be overturned, giving the states back their power to decide abortion laws.

The leaked Supreme Court draft ruling, which shows a majority of justices in favor of overturning the landmark abortion ruling Roe v. Wade, has sparked protests in and around the Supreme Court.

“I think that there’s, of course, a lot of optimism right now, because of the [leaked] draft opinion … but also a feeling of a little worry,” Johnson told the host of NTD’s “Capitol Report” last week.

“Now, we have congressional members calling for Congress to codify Roe, calling for court-packing, among other things, and so I think there’s a bit of worry [about] what are the justices going to do.”

Under the 1973 decision in Roe v. Wade, all 50 states—including more than two dozen states with full bans on any abortion—have been required to allow the controversial procedure through at least the first trimester of pregnancy under the so-called “viability standard.”

Republicans and pro-life activists have long criticized the decision as an infringement on states’ rights and have worked diligently to have the case overturned. Since the leak, Democrats and progressives in Congress have called for codifying the abortion ruling.

If Roe v. Wade is overturned, laws concerning abortion would be made by individual states based on their constituency, and Johnson believes that’s more in line with the law.

“If Roe was overturned, right now everything kicks back to the states, which is where it should have been from the beginning. The states have a right to make laws depending on the will of the people in that state.”

She said most states would still allow abortions, but a battle at the local level would ensue.

“So actually, it would be about 26 states where abortion would be illegal, affecting approximately 40 percent of women of childbearing age.”

Johnson has been passionate about protecting the unborn since witnessing an abortion in 2009, when she saw on a monitor that the baby showed signs of fear and pain during the procedure.

“After witnessing a live ultrasound-guided abortion procedure … it was then that I realized there was life in the womb, there was humanity in the womb.”

Johnson believes if the draft ruling is finalized, the battle between pro-abortion and pro-life activists will become more extreme, with no middle ground.

“You’re going have states that swing the pendulum far to the right, and so then you’re going to have some that are protecting the preborn at the moment of conception.”