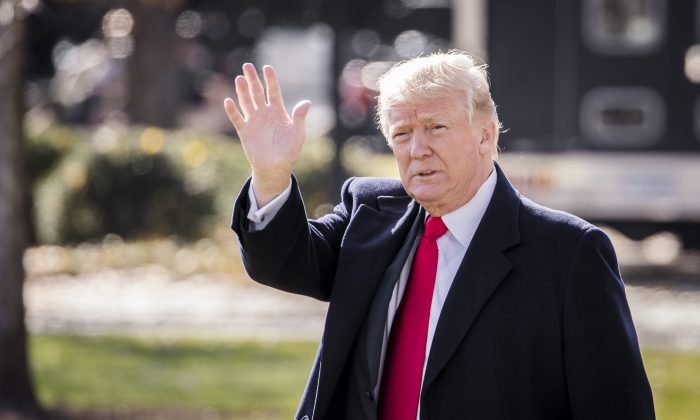 Poetry is something that doesn’t make sense. If it made sense, you could break it down into an award-winning formula. It can’t be done. Virtually all poets and writers would agree that a computer cannot write a great poem or a great work of literature. There is a higher and intangible creative science behind art that defies logical thinking.

In understanding Trump’s victories too, we may turn to this creative science to gain a deeper understanding of conservative or right-wing goals. These have often been made fun of as “leading from the gut” to imply that they are haphazard, inconsistent, and illogical. This is a misunderstanding of a higher creative science at work. It has logic, but not one that is easily manipulated and not what is taught in most colleges and textbooks today.

For example, take your hard-working and generally law-abiding American and dip your hand into his pocket. He’s about to punch you, right?

You say, “It’s for the common good. We intend to feed and shelter the poor, improve the environment, fund public health care, and create an equal society.”

He says, “Those sound like nice causes, but can’t you just ask for a donation like everyone else? By the way, I’m going to punch you if you don’t give that back.”

You shrug your shoulders and say, “Well, I could give it back but we will make you pay more for it later if you refuse.”

Taking his money, he says, “What if I refuse then?”

You say, “Oh, we’ll make your life a bureaucratic hell.” Then you run away in a very cowardly manner.

Who is the good guy and who is the bad guy here? That is the predicament of the common man today. From the perspective of creative science, this common man is not common. He could be the main subject of a great painting, a great symphony, or a great movie. You may discount him as small-minded or uneducated, but he has a greatness and virtue in his own right, which may defy your logic.

If you change the scenario and make your first statement about needing the money in his pocket to fight war against tyranny, keep that bridge over there from falling apart, and take care of your own grandmother, then you have conservative goals that make the dialogue go much differently.

Now of course you may disagree, but I suspect you cannot write a more convincing and straightforward dialogue than I have written. While I have gotten to the point, some of you will need to do a bizarre postmodern dance around it.

Simply put, Donald Trump’s rise and success in his first year can be attributed to his harnessing this creative science more than any other president since Teddy Roosevelt. This is why, without political, law, or military experience, he was able to take office and defy critics and surveys.

Finally, in the spirit of creative science, I offer you a traditional poem. Enjoy:

On Trump’s First Year in Power

Who can the tides of time withstand,

A seasoned duke, of vision strong,

Who sees the picture hard and long.

He knows you can’t rip from our hands

And call it a progressive tax,

It makes hard work too soft and lax.

No tax can be called good health care

Such is the lie sown everywhere;

Us from this sick and twisted fate.

And with tradition’s tempered steel,

And common sense your heart can feel,

He’s fought for babies yet unborn,

And fought against the atheist’s scorn.

That covers up its darkened soul

That lusts for power and control.

He’s shouted down at Castro’s corpse

While other leaders praised his course

He’s shouted down at Kim Jung’un

The feckless fatso’ll soon be done.

He’s taken on the terrorists

Who all throughout the world persist

And thrive on bankrupt evil goals,

These are the currents of our time

To take them on is a thing sublime

And not be mired in short term schemes,

And if you disagree with me

I dare you, write with pen and see

You cannot make a charming song

In praise of socialism’s wrongs.

Evan Mantyk is President of the Society of Classical Poets (www.classicalpoets.org) and teaches literature and history in upstate New York.