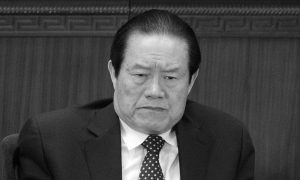 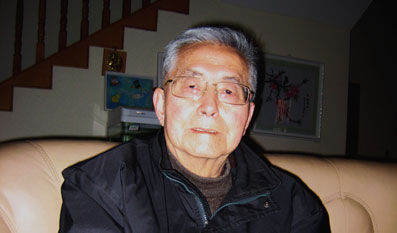 In this photo from China's Internet, Yang Weijun, the former vice chairman of the Chinese People's Political Consultative Conference (CPPCC) in Yunnan Province, is pictured. In a letter published on the blog of the business magazine Caijing, Yang charged wide-ranging corruption in the sales of mines in Yunnan Province, and implicated the powerful businessman Liu Hang.
China

Yang Weijun is the former vice chairman of the provincial-level advisory body for the CCP—the Chinese People’s Political Consultative Conference—in Yunnan Province. He recently published an open letter on the blog of the business magazine Caijing that was addressed to Wang Qishan, who heads up the Party organ charged with disciplining and punishing Party members, the Central Commission for Discipline Inspection (CCDI).

In the letter, Yang charges that Liu Han, the billionaire head of the Sichuan Hanlong Group, obtained 60 percent of the stock in the Lanping lead and zinc mine, valued at 500 billion yuan (approximately US$ 81.635 billion), for only one billion yuan (approximately US$ 163.27 million). He was able to do so, according to Yang, with the help of the former head of the CCP in Yunnan Province, Bai Enpei, and the former provincial governor Xu Rongkai.

The Dongchuan Boka Gold Mine, which is valued at tens of billions of yuan, was also undersold to Liu Han for a few million yuan.

Yang says that many valuable mines in Yunnan, such as the Yanping and Boka mines, the Dahongshan copper mine, and the Lanla, Puchao, Wenshan, and Dapingzhang bronze mines, were not sold according to regulations. He suspects that state officials and businessmen are colluding for profit and urged Wang Qishan to investigate these cases.

In August 2011, when Yang urged the then new Yunnan Province Party secretary Qin Guangrong to investigate these cases, Qin told Yang that these cases involved cadres of the Central Committee and that there is “an inconvenience to intervene.”

Since its founding in 1997, the company has in only 15 years become very wealthy, with assets reaching 20 billion Yuan (approximately US$3.26 billion).

Liu Hang was detained by police in March, allegedly for harboring his brother, who is wanted for murder.

Because of their networks of connections within the Party, the crimes of wealthy businessmen in China are often overlooked. Their arrests, on the other hand, often reflect a change in the underlying power dynamics.

The arrest of Liu Han fits in with a pattern of arrests of powerful individuals connected to Zhou Yongkang. Most notably, Zhou’s son, Zhou Bin, who handles the family’s business matters, was arrested two months ago. Wu Bing, the individual said to be in charge of illicitly transferring the Zhou family’s billions overseas, was arrested at the beginning of August.

According to several recent media reports, a consensus has formed among top Party officials to prosecute Zhou Yongkang, who is said already to be under the Party’s control.

The open letter by Yang Weijun publicly tars Liu Han with charges of corruption. Doing so may be one step toward similar charges being brought against Liu’s sponsor, Zhou Yongkang.

Translation by Virginia Wu and Irene Luo. Written in English by Stephen Gregory.