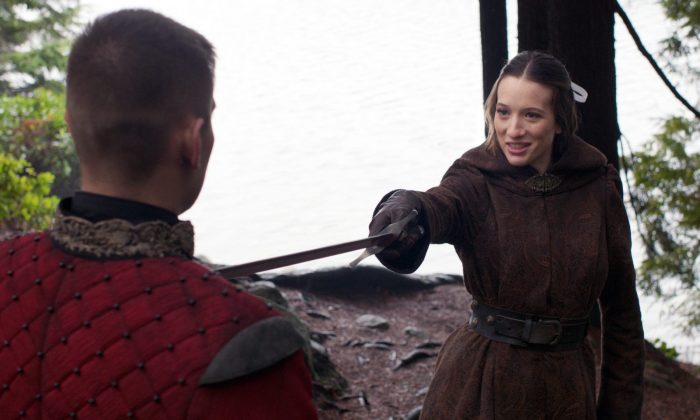 Once Upon a Time in Wonderland Season 1 Spoilers: The Knave and Jafar Create Trouble (+Trailer)

Once Upon a Time in Wonderland season 1 is coming to a close and episode 12 is airing tonight (Thursday).

The Knave hunts Alice per Cora’s directive in a flashback.

In the present day Wonderland, Alive and the Knave’s friendship is tested as he does Jafar’s bidding and steals from her. But he appears to double cross Jafar, who t one point demands: “Tell me where my staff is.” Jafar trying to change the laws of magic.

Meanwhile, the Jabberwocky attempts to free herself from Jafar’s control and Jafar is confronted by his former partner.

This is the second to last episode in season 1.

A description of the season finale has been released:

“The all-powerful Jafar succeeds in making his father love him and forcing Anastasia into thinking she loves him. After Alice, Amara and Cyrus escape, Jafar imprisons the Jabberwocky and calls upon an army of dead soldiers to do his bidding. Meanwhile, Alice and the White Rabbit raise their own army to fight Jafar for the realm and a final confrontation between Alice and Jafar takes place at the Well of Wonders.”

Once Upon a Time in Wonderland Season 2: Will ABC Show Be Canceled or Renewed?