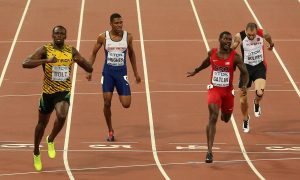 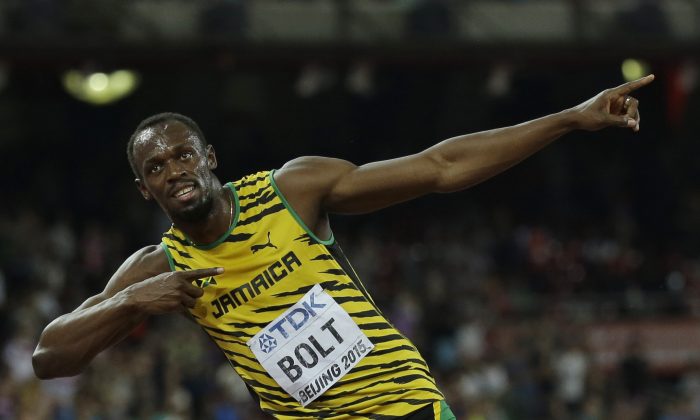 Usain Bolt beat Justin Gatlin by just .01 seconds in the 10-meter dash in what should be a preview of next summer's Olympics. (AP Photo/David J. Phillip)
International

Usain Bolt—considered the fastest runner alive—may have injured his hamstring.

Usain Bolt’s coach, Glen Mills, said that the world famous sprinter has “a slight discomfort” in his hamstring after the Cayman Invitational meet on May 14, according to Sky Sports.

Muller-Wohlfahrt has treated Bolt in the past.

EXCLUSIVE: @usainbolt not worried abt Zika/mosquitos. Why? “‘Cause I’m fast. They can’t catch me.” @TODAYshow pic.twitter.com/eCmeY3CIhp

The 29-year-old Jamaican is still set to compete at the Golden Spike IAAF World Challenge meet on May 20 in Ostrava, Czech Republic.

A six-time Olympic gold medalist, Bolt holds the world record for both the 100m and 200m dashes, and, along with is teammates, the record for the 4 x 100 meter relay.

During the upcoming Rio de Janeiro Summer Olympics, Bolt will be defending these records and will be attempting the first ever three consecutive 100m and 200m gold medal wins.