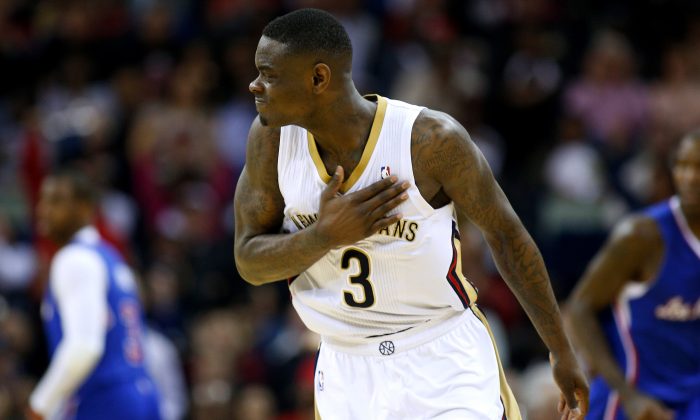 The Oklahoma City Thunder roster hasn’t changed a whole lot over the summer but some key role players departed while several potential new ones were picked up.

Thabo Sefolosha, Caron Butler, and Derek Fisher all departed, leaving some backup spots to fill as well as the starting the wing position opposite Kevin Durant

There’s many opinions about what the starting lineup will look like but blog Welcome to Loud City is one that thinks newcomer Anthony Morrow will fill the hole.

Reggie Jackson and Jeremy Lamb could also get into the lineup but Jackson led the second unit last year and Lamb may not be ready yet.

Russell Westbrook, Durant, and Serge Ibaka are obvious starters, but Kendrick Perkins could find himself starting games on the bench in favor of Steven Adams. That decision hasn’t been made yet and might not be clear for some time.

The Thunder also added Josh Huestis through the draft but he may start the season in the D-League.

See the complete roster and projected starting lineup below.