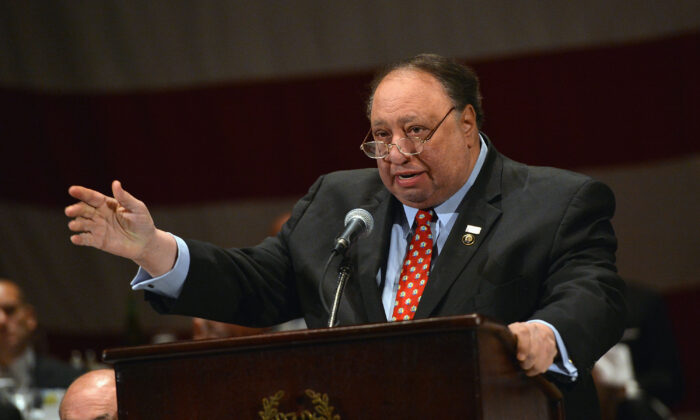 New York billionaire and refiner John Catsimatidis, who owns hundreds of gas stations, blasted President Joe Biden’s pinning the blame on high prices at the pump on gas station owners, arguing there’s only one solution for inflation—boosting production of crude.

Catsimatidis made the remarks in an interview on Fox News on June 24, after being asked to comment on Biden’s call to gas station owners to “bring down the price you are charging at the pump to reflect the cost you are paying for the product.”

“Do it now. Do it today. Your customers, the American people, they need relief now,” Biden said at a White House press conference on June 23, in which the president called for a federal gas tax holiday, urged oil companies to use their profits to boost refining capacity, and leaned on gas station owners to pass along lower crude oil prices by lowering prices at the pump.

‘Ridiculous to Put It on Us’

Catsimatidis reacted to Biden’s remarks by defending gas station owners, arguing that they’ve been “making the same margin that we’ve been making forever” as they have to cover payroll and pay rent, electricity bills, and other operating expenses.

While the margin gas station owners make fluctuates several cents one way or the other, Catsimatidis said it’s “ridiculous to put it on us. We’re not the ones that created the problem.”

The price of gasoline has nearly doubled since Biden took office, with the president variously blaming oil industry greed, a lack of refining capacity, global supply shortfalls set against a sharp post-pandemic rebound in demand, and the war in Ukraine.

Some experts and industry insiders have argued that the Biden administration’s anti-fossil fuel policies have discouraged companies from investing in refining capacity.

“It’s not the war in Ukraine. It’s really domestically caused constraint on the supply side,” said Ross McKitrick, a professor of economics at the University of Guelph in Ontario and expert on energy and environmental policy, in a recent interview with The Epoch Times.

“Nobody’s willing to invest in expanding refinery capacity because the outlook from everything that the government has said is you won’t get the approvals,” he added.

McKitrick’s view was echoed by Chevron CEO Mike Wirth, who said in a recent interview that he does not believe another oil refinery will be built again in the United States, arguing that government policies are the key factor.

Still, American drivers facing pain at the pump could see some relief from economic headwinds and reduced demand, if not from gas station owners squeezing their margins or refiners finding ways to process more crude.

‘No Denying Biden Has Some Blame’

Oil prices have retreated over the past two weeks amid broad market concern over an economic slowdown as soaring inflation has pushed central banks to tighten financial conditions by hiking rates.

The drop in crude prices has led gas stations to reduce prices at the pump, with the national average for a gallon of gas landing at $4.897 on June 27, according to AAA.

Several weeks ago, that figure stood at over $5 a gallon, while a year ago, the national average for a gallon of gas was $3.095.

What’s De Haan’s take on Biden’s role in high prices at the pump?

“There’s no denying Biden has some blame for rising #gasprices, but it is far far from 100%,” he said in a tweet, while agreeing “100 percent” with a comment that pinned the blame on a massive demand disruption related to COVID-19 combined with a sluggish domestic production response driven by the desire to use profits to repair damaged balance sheets when oil prices crashed at the beginning of the pandemic.

‘Open Up the Spigots’

For his part, Catsimatidis said in the interview on Fox that there’s only one fix for the current inflationary spike—a big part of which is due to soaring energy costs.

“If we open up the spigots and flooded the market with oil, with crude oil, American crude oil, we bring the price of oil back” and “inflation goes away,” Catsimatidis said.