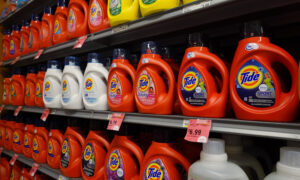 Business Chart of the Day: Is Procter & Gamble About to Rally?
0
Share Now
TelegramFacebookTweetEmailTellMeWeReddit
Copy Link 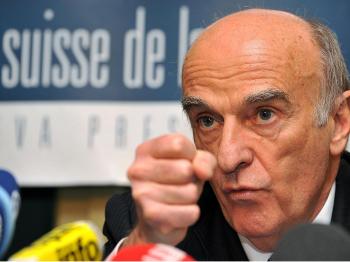 Breaking With Tradition, Offshore Banks to Open Up

The moves follow a global effort to crack down on potential tax evasion after the global recession has sapped tax receipts in many nations. In addition, the United States, European Union, and the United Kingdom all passed costly stimulus bills to help ease the effects of the recession.

"If Switzerland were to wind up on a black list it wouldn't only hurt the banking sector," Swiss Finance Minister Hans-Rudolf Merz told reporters on Friday.

Switzerland has long resisted adopting OECD (Organization for Economic Co-operation and Development) banking standards in favor of protecting the privacy of its banking clients. OECD sets international standards for tax and financial data-sharing.

The Central European country is known for its banking secrecy and role as an international tax haven, but has softened up its stance prior to this year’s G20 summit.

The five nations agreed to follow OECD’s “Model Tax Convention,” which provides for exchange of tax documents on request if there is evidence of unlawful tax evasion.

In the past, Switzerland held very strict definitions of tax fraud and tax evasion. Tax fraud, a criminal activity in Switzerland, constitutes forging legal and financial documents to avoid paying taxes. But Swiss laws have been lenient in the past regarding tax evasion, or withholding finance information or sources of income to avoid paying taxes.

Following OECD’s standards would alter Switzerland’s centuries-old ideals and require the country to comply with foreign authorities in cases of suspected tax evasion.

Last month, Swiss banking giant UBS AG paid $780 million to the U.S. Internal Revenue Service to settle a lawsuit charging the company of helping its clients to avoid taxes in the United States.

The U.S. government suspects 52,000 U.S. clients of UBS of failing to declare financial holdings. UBS so far has revealed 300 names to IRS authorities.

UBS Chairman Peter Kurer stepped down earlier this month after only a year on the job as the bank announced 2008 losses of 21 billion Swiss francs ($18 billion). He would be replaced by former Swiss Finance Minister Kaspar Villiger next month.