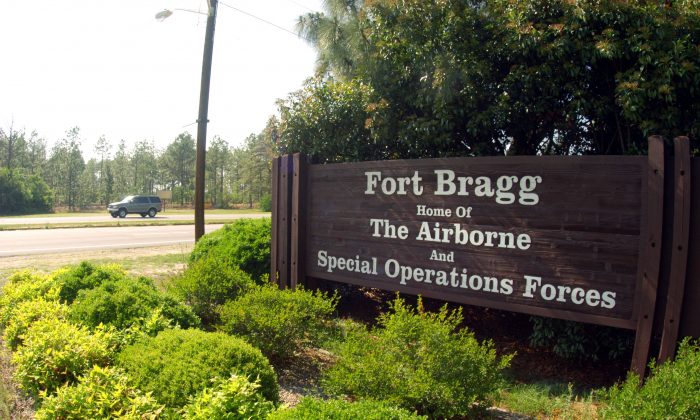 Officials from the U.S. Army Special Operations Command (USASOC) said that eight soldiers were hurt in the Sept. 14 incident and that details were still unclear.

“USASOC is looking into an incident on Fort Bragg that incurred 8 injuries. The details of what happened are currently under investigation” the department tweeted on Sept. 14.

USASOC is looking into an incident on Fort Bragg that incurred 8 injuries. The details of what happened are currently under investigation.

According to the latest update at 2:30 p.m., the soldiers were injured at a “demolitions training incident” that involved students and cadre at the John F. Kennedy Special Warfare Center and School on a Fort Bragg range.

USASOC said that the eight personnel were transported by both air and ground to multiple hospitals in the area.

“The command is investigating the events leading up to the incident and is caring for its Soldiers and their families,” the department said in a Facebook post.

As of this time it is still unclear what caused the explosion in the first place, but the department said that more details will be released as soon as they become readily available.

Some soldiers were transported by helicopter to the Womack Army Medical Center after the explosion on one of the training fields. Out of those soldiers at least one of them was later transferred to UNC hospital in Chapel Hill, according to NBC affiliate WRAL.

All the soldiers involved in the incident were members of the USASOC.

“America’s now losing more troops in training than in combat. This is madness. We must repeal sequestration & rebuild the military” he said in a Sept. 14 tweet.

America's now losing more troops in training than in combat. This is madness. We must repeal sequestration & rebuild the military. #FY18NDAA pic.twitter.com/g3AJfZIjHa

The explosion comes just a day after a military vehicle caught on fire at Camp Pendleton in California, leaving 15 Marines injured with eight of them in the burn unit. The fire was also caused by a training exercise accident, Fox News reported.

Five of the Marines are still in critical condition.

According to Fox News, this year already has had more U.S. troops killed in training, than in combat in Afghanistan.

Fort Bragg is located in Fayetteville, North Carolina, and is the largest army installation in the world by population, covering about 161,000 acres. It holds more than 50,000 active duty personnel.

The USASOC has about 32,000 military personnel spread over several sites.