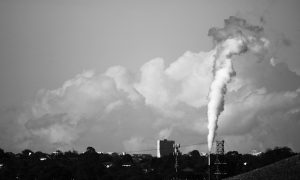 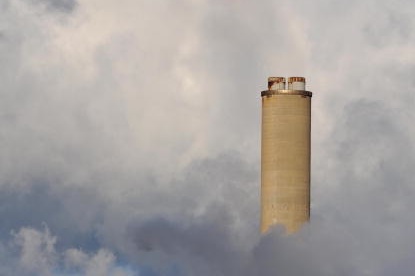 An exhaust stack rises through the steam of the Loy Yang B power station in the Latrobe Valley, 150km east of Melbourne. (Paul Crock/AFP/Getty Images)
Asia & Pacific

In yet another blow to the Coalition’s climate change plans the Organisation for Economic Co-operation and Development (OECD) has deemed carbon taxes and emissions trading systems (ETS) as the most cost-effective ways of reducing carbon emissions.

The Effective Carbon Prices report by the OECD analysed climate change policies across 15 countries including Australia in the highest polluting industry sectors. The findings have demonstrated “a large scope for improvement” as countries continue to use cost-ineffective policies.

“Countries are pricing carbon in a multitude of ways, not always the most effective,” said OECD Secretary-General Angel Gurría. “There has been a huge amount of taxing and regulating around carbon, with prices established too high or too low, and the outcome has been far from optimal. This is a chaotic landscape that sends no clear signal, and must be addressed.”

The OECD also noted that in many cases the non-market based instruments used by governments had a minimal impact on abatement. Thus, these instruments have a high average cost per tonne of carbon abated.

According to the OECD’s report, the gains of using a market-based system of a tax or trading scheme can be substantial.

In the electricity sector it was found that trading systems cost 10 per cent less than the cost of other initiatives. One tonne of CO2 abated cost EUR 10 while for capital subsidies, cost EUR 176 per tonne, and for feed-in-tariffs EUR 169 per tonne.

Despite the efficiencies from taxes and ETS’s, political constraints continue to hinder their implementation. Taxes and ETSs were only present in half the countries electricity sectors while less cost-effective instruments were very common. Capital subsidies were found in 87 per cent of countries, and feed-in tariffs were used in around 75 per cent of the countries surveyed.

The OECD has indicated that current policy measures have left much low hanging fruit for reducing emissions.

The report bolsters the Opposition’s stance on climate policy and strengthens Opposition Leader, Bill Shorten’s announced political standoff to block the Coalition’s plans to repeal the carbon tax and implement the Direct Action Policy – a system that subsidies businesses cost of abatement.

“So the opposition will move amendments consistent with our pre-election commitments to terminate the carbon tax on the basis of moving to an effective emissions trading scheme,” said Mr Shorten.

“However, if our amendments are not successful we will oppose the government’s repeal legislation, in line with our long-held principle position to act on climate change,” he said.

Business Council of Australia chief Jennifer Westacott has criticised the Opposition’s stance as adding uncertainty to the economy.

“The last thing business and the economy needs is for actions by the parliament to lead to one of the world’s highest carbon prices remaining in place for an extended and uncertain period,” Ms Westacott said.

Environment Minister Greg Hunt has dismissed an ETS as “exactly the same” as a carbon tax and the government would not support it.

“We will not stop until the carbon tax is repealed,” Mr Hunt said.