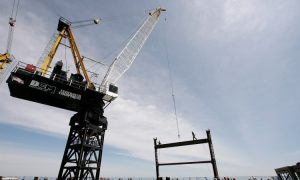 Ryan Mitchell
biggersmaller
Print
Hillary Clinton for America’s chief diplomat? It’s true that President-Elect Obama appears to be embarking on something of a “Clinton Restoration” of a number of officials who served his Democratic predecessor during the latter’s two 1990’s terms.

Positions seeing the return of familiar faces from 10-or-so years ago range from Attorney General, a post that looks set to be occupied by Clinton-era deputy Eric Holder, to Secretary of the Treasury nominee Timothy Geithner, who served in the Treasury Department under Bill Clinton’s last appointment for the position, Larry Summers.

Mr. Summers himself, meanwhile, has been named as the new head of the White House’s National Economic Council. As President-Elect Obama assembles his ever more Clinton-reminiscent Cabinet and prepares to assume office he has to make a basic decision: What of the 1990’s to revive, and what to leave buried?

The most dramatic sign of a return to Clintonian policy would be Hillary Clinton’s confirmation as Secretary of State. But what might her tenure in the position look like? Would we see a return to the Clintonian diplomacy of the 1990’s, and should we look forward to such a development?

Turn the pages to read the feel-good story of a decade of superb economic growth guided by free-market principles and diplomatic agreeableness. A long and costly war has recently been won, redrawing the map of global power, and there are those who even speak of a new international system where serious conflicts and disagreements are impossible. But then, in a startling climax that comes only a short while later—sudden and devastating financial collapse, the rise of hostile nations, and rampant speculation of an American decline.

But, which decade were we reading about again? Was it the ‘lone-superpower’ 1990’s? Or could it have been the Roaring Twenties? Or all of the above?

The last of these options is, in this case, the correct one. The 1920’s were a bright, optimistic era of peace and trade—followed by the long, dark Depression of the 30’s and then the global cataclysm of World War II. Indicators of an economic collapse were ignored, and the fanatical regimes of Germany and Japan were not confronted until they were ready to wage war against the world.  In the context of the events that followed, it would be difficult to praise the introverted US policies of the 1920’s which set the stage for so much turmoil.

The 1990’s were just as bright and optimistic, just as full of bullish economic ballyhoo, but were directly succeeded by the bursting of the dot-com bubble, the agonies of Iraq and Afghanistan, the ever-looming threat of Chinese militarism and expansion, and, now, a global financial crisis that seems set to finally give the Great Depression some company in the textbooks.

The argument can be made that the most menacing of this decades newly-sprouted threats to America’s security interests had their seeds sown in the years following the collapse of international communism—and in the failures of Clinton-era U.S. leadership to establish order on the world stage.

As the Soviet Union fell, its Islamist foes in Afghanistan were free to celebrate, consolidate their forces, and look for new targets. President Clinton had intelligence reports describing these developments, and even stated after Al Qaeda’s 1998 bombing of two U.S. Embassies in Africa that the United States would “use all the means at (its) disposal to bring those responsible to justice, no matter what or how long it takes.”

Yet there is evidence to cast doubt on the importance that this objective actually had in Clinton’s foreign policy. U.S. government video from 2000, obtained by NBC News in 2004, displayed close surveillance of Al Qaeda training camps by American spy planes.

A figure clearly recognizable as Osama Bin Laden appears throughout this footage, indicating awareness of his location and activities one year before the attacks of September 11, and two years after his embassy bombings and public declaration of jihad against the United States. How much of the following decade’s conflicts might have been prevented by early, decisive action?

During the same period, and perhaps even more significantly, the United States had the opportunity to assert a new role of moral leadership in the world by acting to resolve genocidal conflicts: In the Balkans, as Yugoslavia disintegrated into savage ethnic warfare between miniature states, then in Rwanda’s gruesome civil war, and finally in China’s horrific 1999 suppression of the Falun Gong spiritual practice, which continues to this day.

We can observe a 1994 cable message from the State Department to the U.S. Mission to the UN, instructing the mission to oppose a continued UN presence in Rwanda as the country descended into murder and massacre. We can likewise observe that, only after ethnic-cleansing in Bosnia had reached terrible proportions, the United States finally intervened in 1995 to broker the much-vaunted Dayton Peace Accords.

President Clinton stated at the time that, under the peace plan, “refugees would be allowed to return to their homes,” among other examples of a return to normality. Instead, the region erupted into precisely the same sort of conflict only a few years later with 1998’s Kosovo War.

When China began its vast internal program of suppression against Falun Gong, the Clinton Administration failed to confront the ruling Communist Party or to expose the scope of the tragedy.

In each case, the Clinton Administration sat back in the comfortable, fragile bubble of economic prosperity and military security, and refused to engage with a world growing visibly darker, more violent, and sharper-edged. Yet when the edges became sharp enough, the bubble popped.

The inaction is hard to refute—but even more serious allegations against Clintonian foreign policy are possible. The Clinton Administration oversaw the development of an ever-closer trade relationship with China, and the U.S. promotion of the other country’s groundbreaking entry to the World Trade Organization. By the time Tiananmen-esque events began to unfold once more in 1999, the United States and China had become so tied by trade that little substantive action was possible.

In all of the above-listed genocides, America’s failure to intervene reduced its credibility as the world’s leader, political or moral. A display of leadership to put an end to any of those senseless slaughters would have set the stage for a firm, rational response to the situations in Iraq and Afghanistan during this decade, and would have ensured vastly more international cooperation. Instead, the United States, through its very own Clinton-Era inaction, has created an international system where any intervention in another nation’s internal affairs is very difficult.

There is no guarantee that Senator Clinton would reinstate the foreign policy of her husband’s White House—or that President-Elect Obama would not override her attempts to do so. But there is a great deal to be concerned about if she intends to continue the policy of neglect that allows genocides to rage unchecked, and governments like that of the Chinese Communist Party to become increasingly repressive and totalitarian.