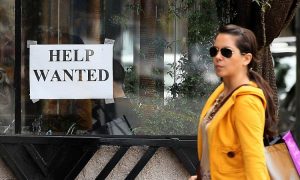 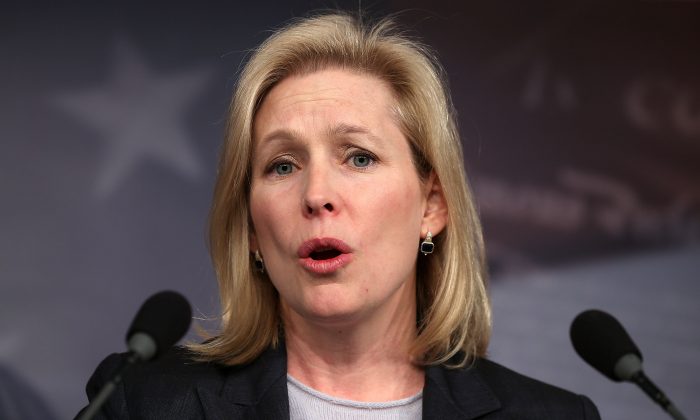 As new numbers emerged on May 7 that estimate up to 26,000 military members may have been sexually assaulted last year, President Barack Obama and other elected officials declared the problem needs to be addressed quickly and thoroughly.

Part of the problem is that military members that are assaulted are often afraid of retaliation. Almost half (47 percent) of those responding in the anonymous Pentagon survey said they were.

“There isn’t a climate where they feel they can get justice in the system,” said U.S. Senator Kirsten Gillibrand (D-N.Y.), one of the harshest critics of the current system.

“Too often, women and men have found themselves in the fight of their lives not in the theater of war – but in their own ranks, among their own brothers and sisters, and ranking officers, in an environment that enables sexual assault,” Gillibrand said.

President Barack Obama told reporters that action must be taken.

“The bottom line is, I have no tolerance for this,”  Obama said, according to the Washington Post. “If we find out somebody’s engaging in this stuff, they’ve got to be held accountable, prosecuted, stripped of their positions, court-martialed, fired, dishonorably discharged — period.”

Obama wants any military members to know that he takes the issue seriously. “For those who are in uniform who’ve experienced sexual assault, I want them to hear directly from their commander in chief that I’ve got their backs,” he said.

The consequences of reporting a sexual assault or rape are severe, according to victims.

Myla Haider, part of the 101st Airborne, said that she decided not to report a rape that happened during training because of them.

“I’ve never met one victim who was able to report the crime and still retain their military career,” she says. “Not one.”

Pentagon officials are trying to combat the growing problem—the 26,000 assaults are up from 19,000 estimated assaults in 2011. Defense  Secretary Chuck Hagel ordered military leaders to develop a method to assess commanders and hold them accountable on their ability to create a climate “of dignity and respect.” He has given commanders until July 1 to visually inspect workspaces to make sure they are free of degrading materials, and military leaders have until Nov. 1 to recommend ways to assess officers and hold them accountable for their command climates.

“Sexual assault is a crime that is incompatible with military service and has no place in this department,” Hagel said in a new response plan the department will release Tuesday. “It is an affront to the American values we defend, and it is a stain on our honor. DoD needs to be a national leader in combating sexual assault and we will establish an environment of dignity and respect, where sexual assault is not tolerated, condoned, or ignored.”
The Department of Defense updated policies to combat the assaults in late March, including gaster transfers for victims, a new hotlines for crisis intervention, and additional training.

“The department takes this seriously, that when a victim tells us that they have been sexually assaulted, we will believe them,” said Air Force Col. Alan R. Metzler in a statement. “We will protect their privacy. They will be able to have help and care because we understand the nature of this crime and we want them to come forward to get help.”

But military officials may not be capabably of investigating and prosecuting crimes, according to U.S. Senator Gillibrand, referring to the recent arrest of an officer in charge of sexual assault prevention programs for the Air Force for alleged sexual battery. She told Michael Donley, secretary of the Air Force, that the continued pattern of sexual assault of women was “undermining the credibility of the greatest military force in the world,” according to the New York Times.

Gillibrand echoed President Obama in saying that men and women in the military who are found guilty of sexual assault “should no longer be allowed to serve.”

Gillibrand and Rep. Mike Turner, (R-Ohio) are drawing up legislation that likely will be included in the annual defense policy bill that will essentially strip military officers of the authority to overturn convictions for serious offenses such as sexual assault. Hagel, the defense secretary, supports the legislation.

At the same time, Hagel said at a press conference on May 7 that he doesn’t want to take “the ultimate responsibility  away from the military. “I think that would weaken the system,” he said. “It is imperfect, but I do think that it does say something that we’re seeing more and more people come forward.”

Hagel also said that an independent panel that will form to explore the problem will start its work by July 1 and will have recommendations out within 12 months.