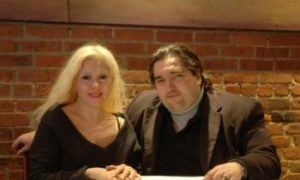 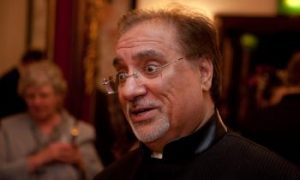 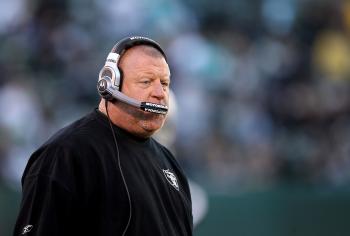 By Alex Johnston
Print
Oakland Raiders coach Tom Cable was let go by the organization on Tuesday evening after his team posted an 8-8 record, missing the playoffs, according to a team statement.

“The Oakland Raiders will not extend the contract of Tom Cable for the position of Head Coach,” the statement read. “Cable was informed that his contract would not be extended on Tuesday.”

And according to NFL.com, the Raiders may be looking to hire offensive coordinator Hue Jackson. However, the San Francisco Chronicle and other media reports are saying that Jackson may be interviewed by the San Francisco 49ers.

Cable posted a 17-27 record in his tenure as head coach of the team. He took over after Lane Kiffin was fired mid-season in 2008.

The Raiders have posted a losing record every year from 2002 until this season, when the team went 6-0 against division rivals. Despite the accolades this season for having the sixth-best offense in the league, the Raiders weren’t able to make the playoffs.

Despite the division record, the team went 2-8 outside the division and was penalized for 1,276 yards in total, noted the San Francisco Chronicle.

With Cable’s firing, The Raiders have now gone through six head coaches in the past dozen years, including former Pro-Bowl lineman Art Shell.

Raiders punter Shane Lechler, who has been to six Pro Bowls and has been with the Raiders since 2000, was disappointed at the decision to get rid of Cable. "I think this will be a huge setback for us,” he told NFL.com.