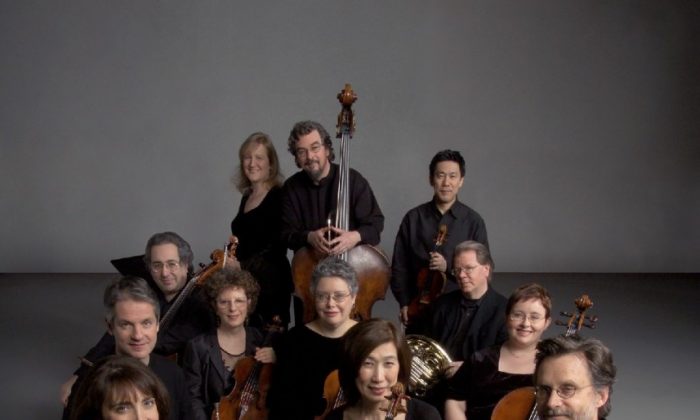 The Orchestra of St. Luke’s will perform works by Haydn, Beethoven, and Mozart at Carnegie Hall on Thursday, Feb. 16, at 8 p.m. (Carol Cohen)
US

The ancient tale of the Trojan War, Achilles’s stubbornness, and the Greek gods and goddesses divine will is retold as a one-man show. The 100-minute performance, without intermission, contemplates “humanity’s unshakeable attraction to violence, destruction and chaos,” according to New York Theatre Workshop. Depending on the night, Denis O’Hare and Stephen Spinella alternate in the lead role.

Bring the kids to celebrate George Washington’s birthday at Morris-Jumel Mansion, the place where Gen. Washington briefly lived during the Revolutionary War. Visitors can tour the mansion, create a birthday card for Washington, try on colonial costumes, and participate in a scavenger hunt.

This ancient winter tradition involves weaving swords into complex configurations. The all-women Half Moon Sword team performs sword dancing as it was practiced in the farming and coal-mining regions of northern England. The annual dance is thought to bring good luck for the year.

An epic and historical Russian tale of failed cultural rebellion against Peter the Great with both music and libretto by Modest Mussorgsky (1839–1881). The performance features an ideal Russian and Georgian cast, according to the Metropolitan Opera, including Olga Borodina, Vladimir Galouzine, Ildar Abdrazakov, Anatoli Kotscherga, and George Gagnidze. In Russian, with English, German, and Spanish Met Titles. Four hours and 10 minutes with two intermissions.