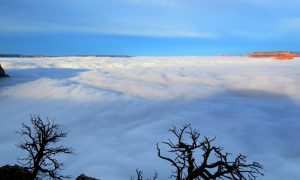 Watch Snow Blow off of the water in this Video - Crazy!
0
Share Now
TelegramFacebookTweetEmailTellMeWeReddit
Copy Link 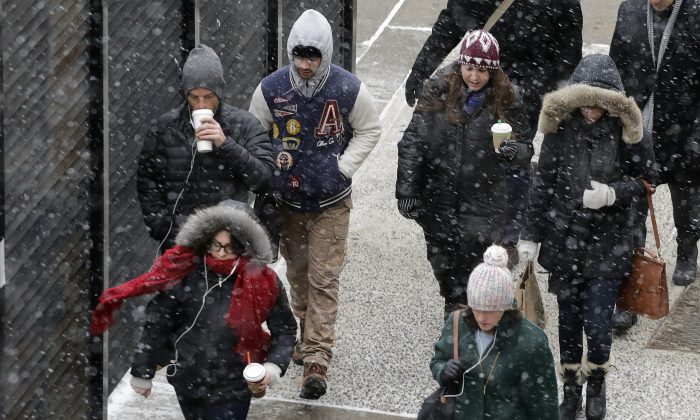 The mega blizzard didn’t materialize in NYC, but parts of coastal New Jersey northward through Maine were hit high winds and heavy snow.

Latest on Transit in NYC

Check out the latest updates below (and see our photo blog here):

Snow Picking Back Up

The snow stopped or slowed down in many parts of the city for several hours, but is picking back up shortly after midnight.

The National Weather Service said heavy snow with visibility cut to a quarter-of-a-mile is being reported in Central Park, along with gusty winds, as of 12:35 a.m. on January 27.

“Rapidly deteriorating conditions in Manhattan over the next 30 minutes. Same for NJ Shore, NE NJ/SE NY near Hudson River,” it said.

A number of people on Twitter ridiculed the feature. CNN’s Don Lemon was seen inside the vehicle, giving his report on the blizzard.

A blizzard is bearing down on the northeast, and people are seeking survival tips.

Check out some below.

Stranded in a Car or Outside

Some people are stuck outside for some reason or another during a blizzard. If you are, seek any form of shelter immediately.

If you are unable to find some, focus on getting dry. Even a small fire will help dry clothing out, as well as provide warmth

Here’s a bit of a light story amid the heavier ones.

A snowplow in Port Jefferson, New York was caught on camera doing donuts during the snowstorm that’s inundating the northeastern United States.

The plow was doing the donuts as a Weather Channel reporter was doing her report.

Check it out here.

As of 7 p.m., close to five inches of snow has fallen in parts of Queens, the National Weather Service said.

More than 4 inches has been recorded in Central Park, according to the park zoo.

Outside the city, as much as 6 inches has fallen already.

Up to 3.8 inches have been reported in parts of New Jersey (Hoboken), with around 3 inches in North Bergen, and parts of Bergen County such as Saddle River.

In parts of Pennsylvania, as much as 3 inches. Connecticut has recorded 1.4 inches at the Bridgeport Airport.

Snow predictions have risen in Maine to 2 feet, and dozens of school districts and businesses say they’ll be closed Tuesday, including public schools in Bangor, Biddeford, Falmouth and Saco.

More than 6,500 flights in and out of the Northeast were canceled on Monday, and many of them may not take off again until Wednesday.

The cancellations left flyers huddled in airports, or seeking out nearby lodging.

Amtrak announced that service will be suspended between New York City and Boston on Tuesday.

Meanwhile, Penn Station has largely cleared out as commuters crowded in earlier in the day to try to beat the blizzard.

Also, the Staten Island Ferry will be shut down before midnight, officials told NBC.

Basically, all of public transit will be done by 11 p.m. or midnight, and people should get home as soon as possible.

Penn Station. Just a fraction of the usual 6 pm crowd. Many trains cancelled but still time to get out. #NY1Snow pic.twitter.com/BPzyeycHhr

Many grocery stores across the city, particularly in Manhattan, are running out of food as people stock up ahead of the worst of the storm.

Shoppers were forced to wait outside of some stores until space cleared out so they could be allowed in.

Shelves have started to get depleted as customers grab more than usual, expecting to be inside for days.

Broadway theaters are shuttering as the snowstorm begins to blast Times Square.

All performances will be closed on Monday, a traditionally quiet night with few shows available, and no decision about Tuesday has been made.

The National Weather Service gave a forecast update at 4:29 p.m. for Massachusetts and Connecticut.

The blizzard warning for both states, including the cities of Hartford and Worcester, is set until 1 a.m. on Wednesday. “While the storm is expected to linger into early Wednesday, the worst of the storm will be tonight through Tuesday afternoon,” the service said.

Snow accumulations of around one to two feet is expected, with rates of up to four inches per hour at times.

The heavy snow will be accompanied by strong winds, creating “white-out or blizzard conditions with near zero visibility.”

Travel will be “impossible and life threatening,” and the agency urges people to not travel unless in emergencies.

MBTA to Shut Down Tuesday

In a possible indication of New York’s transportation scenario on Tuesday, Boston announced that it’s shutting down all forms of public transportation due to the snow.

“With public safety of paramount importance, all modes of MBTA service will be suspended all day and night on Tuesday,” the Massachusetts Bay Transportation Authority announced.

Most of the snow is expected to drop on Monday night and Tuesday morning, so basically everyone should have off work on Tuesday or at least be able to work from home.

It’s highly likely that most if not all of New York’s public transportation will be shut down for Tuesday, at least part of the day.

What New Yorkers Think About the Snow: ‘I’m not an apocalyptic shopper’

“I have one favorite frozen vegetable medley that is basically my every meal. I am a pretty picky eater so I am committed.

“I came here because of the snow in case I am locked in Brooklyn for the next day or two. This is my first time I ever waited outside of Trader Joe’s.”