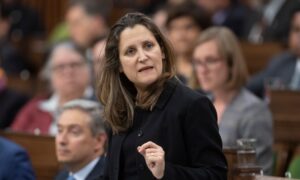 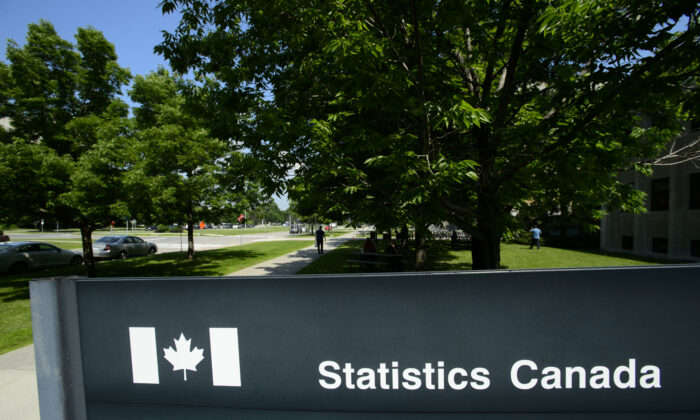 A Statistics Canada sign is pictured in Ottawa on July 3, 2019. (THE CANADIAN PRESS/Sean Kilpatrick)
Canada

A new report shows the number of Canadian enterprises exporting goods increased in August but is still lower than in the months before the coronavirus outbreak.

According to the Statistics Canada report, the number of enterprises that exported goods increased from 18,946 in July to 19,204 in August, a growth of 1.3 percent. While the number climbed for four consecutive months, the August count is still 5.9 percent lower than it was in February.

“The trends in the number of firms that exported to the United States and China, Canada’s largest merchandise trading partners, have differed since the beginning of 2020,” said the report.

The number of Canadian businesses exporting to the United States dipped to its lowest in April, following the first month of restriction measures to contain the COVID-19 pandemic.

“A steep recovery was observed in May and June as the economy started to reopen gradually, while more modest growths were recorded in July and August,” the report said.

“Despite the growth observed in the last four months, the number of enterprises exporting to the United States was 4.7% lower than what it was in February.”

By contrast, exporters going to China saw the impacts of the pandemic in earlier months of 2020, with the largest declines recorded in February and March. The number of enterprises exporting to China is 5.2 percent lower than what it was in January.

The report said that census metropolitan areas (CMAs), which represent around three-quarters of total exporting establishments in Canada, is the major headwater of the decline. On a month-over-month basis, the number of exporters dropped 14.6 percent in CMAs, while exporters from non-CMAs areas fell 10.4 percent from August 2019 to August 2020.

The pandemic has a greater impact on exporters in the services sector than it has on the goods-producing sector in CMAs.