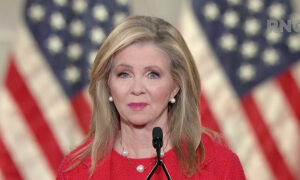 What If the First Woman President Is (Gasp!) a Republican?
0 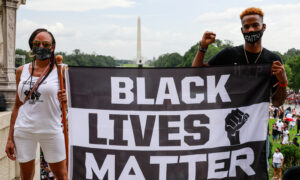 Who Will Save America From the Democrats’ Race Obsession?
0 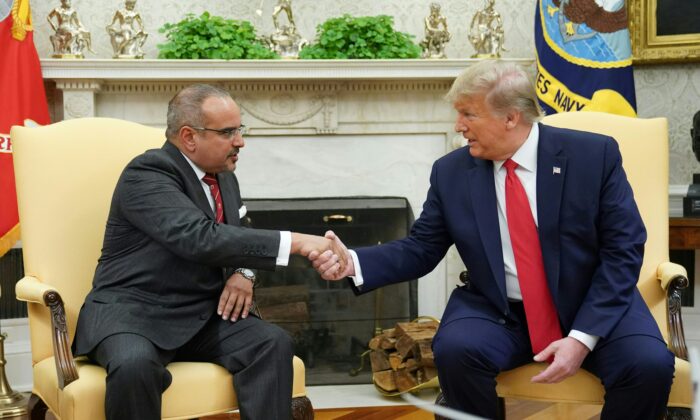 You don’t have to channel Simon & Garfunkel’s classic “The Sound of Silence” to conjure up mainstream media response to what is becoming one of the more amazing events, if not the most amazing, of our time:

Donald Trump (with significant help from Jared Kushner and Mike Pompeo) seems to be doing what few thought possible after decades of Oslo Accords failure—bringing peace to the Middle East.

Only the other day, to the consternation of the usual suspects, the president was nominated for a Nobel Peace Prize for helping engineer the new peace agreement between the United Arab Emirates and Israel.

Now we have Bahrain added to the mix, apparently also making a deal with the Jewish state.

Cementing those ties, Bahrain Crown Prince Salman bin Hamad Al Khalifa will be arriving in Washington Monday to attend the Tuesday ceremony where Israel and the UAE will formalize their ties, according to the Jerusalem Post.

Saudi Arabia—that is known to have been sharing intelligence with Israel for some time and is now allowing overflights of its territory by El Al—seems poised for a similar recognition.

How could this have happened? It could not be more obvious it all began to reach fruition when Trump withdrew from the Iran Deal—the awkwardly-named Joint Comprehensive Plan of Action (JPCOA). Some action!

Why Barack Obama wanted to enter into such a bizarre and ineffectual semi-agreement (it was never really formalized) with the biggest state sponsor of terrorism remains one of the mysteries of our era.

Theories exist, but suffice it to say the net result was billions in the mullahs’ coffers with which they were able to finance their murderous proxies (Hezbollah, Houthis, Hamas, et. al.), build missiles and other advanced weaponry and extend the Syrian civil war with another quarter of a million corpses not to mention millions more refugees.

That Joe Biden wishes to return to this insanity is reason enough to ban him from all public offices in perpetuity.

The Palestinian leadership is of course outraged by what has happened and is already complaining they have been betrayed by their fellow Arabs, but as former Israeli foreign minister Abba Eban told us decades ago, the Pals “never miss an opportunity to miss an opportunity.” And there is a genuine opportunity here that might even allow them to save their beloved Savile Row pin-striped suits into the bargain.

One of the enduring stumbling blocks to any Israeli-Palestinian agreement has always been the refusal by Fatah & Co. to have Jewish settlers living among them on the land of a putative Palestinian state. This is true despite nearly 2 million Arabs living, working, and studying in Israel proper and despite many millions more Jews having been living in Arab countries before they were expelled.

This is nothing more than tribalism that dates back, as the phrase goes, to time immemorial. If the Palestinians were to abandon it even for a little bit and acknowledge, if not welcome, the Jews—who would be a minority anyway in their midst—they could take the human rights high ground and negotiate the borders of their state from a position of newfound power and, no doubt, with the firm support of the Gulf States they now see as enemies.

So far they haven’t, not even close. And unfortunately, such a decision has been made more difficult in the present zeitgeist where tribalism is becoming the new religion, group being set against group. This is true obviously in our own country and just about everywhere else.

Nevertheless, the Gulf States seem to be breaking with this noxious global trend, proving a lot of people wrong, including numerous so-called “Middle East experts.”

Wouldn’t it be wonderful if the Palestinians were able to break free of it as well? Stranger things have happened, though not a lot.

Meanwhile, one thing is clear. Trump, unlike so many before him, really does deserve that Nobel Peace Prize. He is earning it for actual achievements on the ground.

His predecessor, Barack Obama, won one before he did anything at all, just for “being cool.”

They should have given that, posthumously, to Miles Davis.

Roger L. Simon is an award-winning author, Oscar-nominated screenwriter and co-founder of PJ Media. He is now a columnist for The Epoch Times. Find him on Parler and Twitter @rogerlsimon. Buy his books on Amazon.