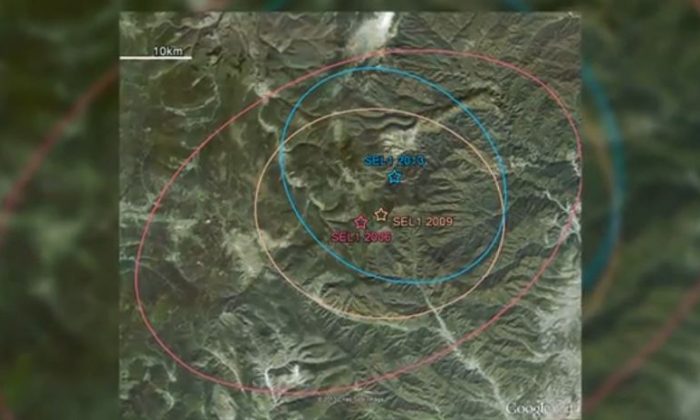 A model of the testing used to determine where the nuclear explosion came from. (Screenshot/YouTube)
Asia & Pacific

North Korea traces: A U.N. agency found evidence that a nuclear test announced by North Korea in Feb. was real.

On Feb. 12 the CTBTO’s seismic network picked up “an unusual seismic event” in North Korea, measuring 4.9 on the Richter scale. Later that day, North Korea officials said that it had conducted a nuclear test.

Now the CTBTO, which is a United Nations agency attempting to stop all the countries in the world from using nuclear weapons, has through an investigation found “a significant detection of radioactive noble gases,” which could be from the Feb. 12 seismic activity.

The team found the activity by using a form of modeling that calculates how airborne radioactivity travels on the basis of weather data.

The CTBTO is still looking into the matter.

“We are in the process of eliminating other possible sources that could explain the observations; the radionuclides could have come from a nuclear reactor or other nuclear activity under certain specific conditions, but so far we do not have information on such a release,” said agency expert Mika Nikkinen in a statement.

Because many countries haven’t agreed to stop using or testing nuclear weapons, the CTBTO is currently responsible for making sure no nuclear explosion goes undetected.