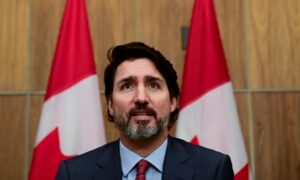 Nord Stream, an ambitious project connecting gas pipelines between Russia and Germany under the Baltic Sea, has been approved by its last two transit countries, Finland and Sweden.

The pipelines would pass through Finland and Sweden’s exclusive economic zones in the Baltic Sea.

The $11 billion project is designed to lay 1,220 kilometers (758 miles) of gas pipelines through the bottom of the Baltic Sea, directly connecting the vast Siberian gas reserves from the Russian port Vyborg to Lubmin in northern Germany.

The construction of the first pipe will be finished by 2011, and the second by 2012. Both pipes are designed to supply the total maximum capacity of 55 billion cubic meters of gas per year, about 10 percent of the European Union’s (EU) total gas demand.

Currently, around 80 percent of Russian gas going to the EU passes through Ukraine. Nord Stream would be a significant step in diminishing Ukraine’s influence over the gas flow between Russia and the EU.

Recent conflicts between Russia and Ukraine left millions of European homes without gas last winter as Ukraine failed to pay its gas bills on time, triggering Russia to cut off some gas transit to the EU until payment was settled.

Ukraine, Poland, Belarus, and the Baltic States have been major critics of the Nord Stream project, fearing that it would be a threat to their energy security.

Przemyslaw Wipler, a former top oil expert in the Polish government said, “The basic risk is that once it [the Nord Stream Project] becomes operational Russia could stop deliveries to Poland without affecting its key client, that is, Germany.”

Analysts believe that by having alternative routes to deliver gas to its richer West European clients, Russia could easily exert political pressure and cut off gas to some of its poorer neighbors, just as it did last winter to Ukraine. The only difference is now, the suspension won’t affect Russia’s main gas customers.

There are many environmental critics of the Nord Stream project. They argue that the pipes could damage the Baltic seabed, affect fisheries and marine life, and possibly detonate chemical weapons, ammunition, and sunken submarines that have been buried deep in the sea bottom during the battles between the Soviet Union and Nazi Germany in World War II.

“According to national authorities the impact on the Baltic Sea’s environment is very limited and only prevalent for a short while in connection with the construction work,” said Sweden’s Environment Minister Andreas Carlgren in a statement.