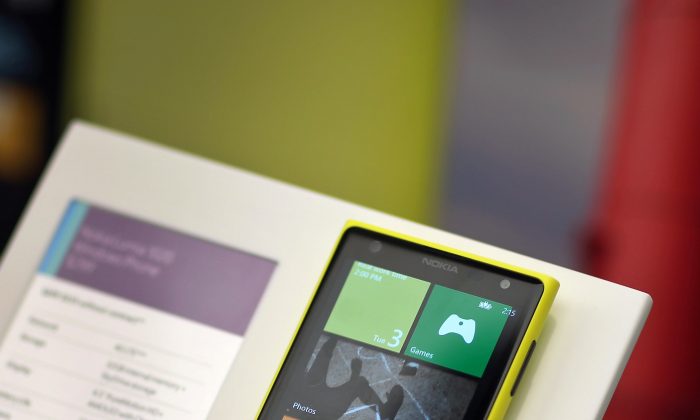 A Nokia phone on display at a Microsoft store in Miami, Sept. 3. (Joe Raedle/Getty Images)
Business

Nokia Corp.’s share price had increased 102 percent since the announcement of the sale in Sept. The year before, shares had almost fallen to a 20-year low.

Nokia, once a leader in mobile phone production, was incurring heavy losses in that business in recent years. The company reported losses of $4.19 billion in 2012 and $797 million in the first 9 months of 2013.

According to research firm Gartner, Nokia is now eighth in the smartphone market. In the mobile phone market (including feature phones), Nokia still has 13.8 percent of the global market share, second behind Samsung Electronic Co.’s 25.7 percent.

The deal will close early 2014, after which Nokia’s core business will be network solutions. The company stated it would focus on developing “advanced technologies, its patent portfolio and Nokia brand” after the sale.