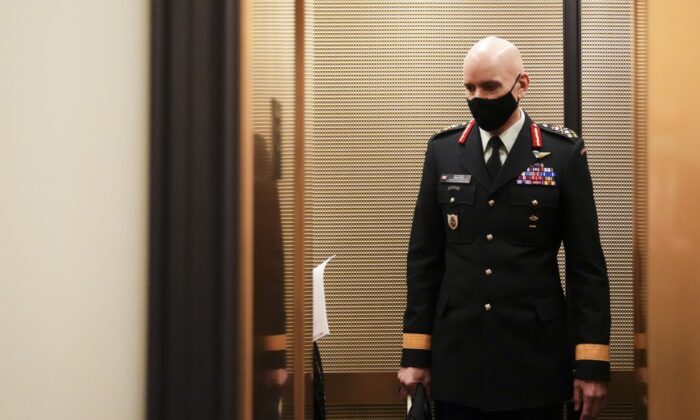 No Way for Canadian Military to Match Russian Footprint in Arctic: Defence Chief

The commander of the Canadian Armed Forces says there is no way Canada can match Russia’s large military footprint in the Arctic.

Eyre says the military’s current approach is to make sure it can be ready to deploy the necessary troops and equipment to the Arctic if they are required.

The comments to a Senate committee this week come as Russia’s invasion of Ukraine is casting a sharp light on the threat posed by Canada’s northern neighbour, and what it means for this country’s Arctic defences.

The war in Ukraine has also increased the urgency surrounding ongoing talks with the United States about modernizing the North American Aerospace Defence Command, with money expected in Thursday’s budget.