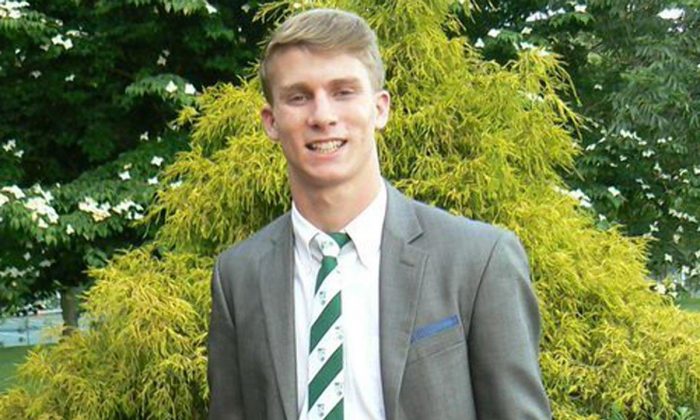 No Foul Play Suspected in American Teen’s Death in Bermuda

No foul play is suspected in the death of 19-year-old rugby player Mark Dombroski, who attended St. Joseph’s University in Philadelphia, in Bermuda.

Dr. Christopher Milroy said that Dombroski appeared to have died from a fall, and police in the country believe it was an accident, CBS Philadelphia reported. He went missing on the morning of Sunday, March 23, seen last at the Dog House restaurant. The teen was on the island for a rugby tournament.

His brothers and investigators found him in a moat near a 35-foot-tall cliff in Fort Prospect.

“In coming together, it’s been a healing process together. We just want to remember to hug our children, hug our family, and to be kind and be compassionate and live the life Mark lived every day,” said Laura Kuchmay, who is the adult services librarian at the Middletown Free Library, where his mother also works. “I just remember his kindness, his enthusiasm for life, his faith,” Kuchmay added.

Bermuda Police Services Superintendent Sean Field-Lament told the New York Daily News that it’s unclear why he went through a fenced area to get to the cliff. “As such, we will be exhausting all avenues at the scene to try to determine, if we possibly can, what happened,” Field-Lament said. “There may be questions that we’ll never be able to answer.”

The case is under investigation.

“We’ll do all our best efforts to get a clearer picture of what happened that morning,” Field-Lament said, reported NBC Philadelphia. “There’s nothing to indicate that he was pushed at this stage.”

“The truth of the matter is, we may not ever find out how he came to fall.”

The island’s police service is now working with the FBI to gain access to the teen’s locked cell phone.

At 10.35pm, police released this flyer, and confirmed that 19-year-old visitor Mark Dombroski is still missing, with the police saying "there is concern for his wellbeing" | https://t.co/AcwBLO26zS pic.twitter.com/JmOIQDkxul