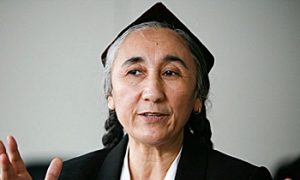 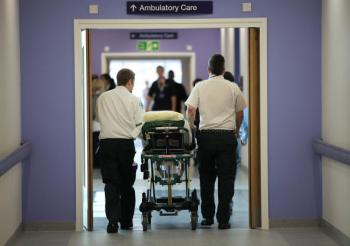 NHS is not to making cuts to services, but efficiency savings. This distinction needs to be communicated more clearly a parliamentary report said. Patients moved into the Ã�ï¿½Ã�Â£545 million facility of Queen Elizabeth super hospital in Birmingham (above) on June 16th, 2010. (Photo by Christopher Furlong/Getty Images)
US

NHS Will Be Tested ‘To The Limit’ by Efficiency Savings, Say MPs

By Peter Simmons
biggersmaller
Print
The NHS might have escaped the swing of the austerity axe, but government plans demanding it provide more for the same cost will test services “to the limit”, said a group of MPs on December 14th.

Efficiency savings of £15-20 billion over four years will be needed to meet the health demands of the increasingly top-heavy ageing population and to provide new treatments, confirmed the Commons Select Committee for Health in a report.

"There is no precedent for efficiency gain on this scale in the history of the NHS, nor has any precedent yet been found of any healthcare system anywhere in the world doing anything similar," committee chairman Stephen Dorrell said in a statement.

The committee report also highlighted the symbiotic relationship between the NHS and social services, saying that for the government plans to be successful as a whole, social services departments would have to make similar efficiency savings to the NHS.

"It is widely accepted that when failures occur in adult social services, the burden falls on the NHS in the form of poor health outcomes, avoidable hospital admissions, delayed discharges, and so on," Dorrell said.

“Our analysis shows that, depending on spending decisions by individual councils, the social care sector will need to deliver efficiency gains of up to 3.5 per cent per annum throughout the Spending Review period to avoid reducing their levels of care,” the select committee report said.

The report also said that the government will not be able to fulfil its promise of a real-term increase in health funding. “This emphasises the fact that the settlement, although generous when compared to other departments, represents a substantial challenge to the NHS,” said the report.

Much of the savings should come from paying hospitals less for treatments and operations, which could result in trusts refusing to provide operations that they would make a loss on, said the report.

The report also criticised the government's attempt to try to reorganise the NHS at the same time as making such large savings, saying it was too complex an undertaking.

NHS Confederation acting Chief Executive Nigel Edwards said: “The Committee has hit the nail on the head with the concerns it has highlighted in its report.

"It has shown a thorough understanding of the fierce pressure that the health and social care sectors are now under.

“All at the same time, NHS trusts are grappling with unprecedented efficiency savings, major management cuts and radical structural reforms. It’s a mixture that is causing real anxiety among NHS leaders.

“We need the government to show that it understands these issues when it announces the next stage of its programme later this week.”

The parliamentary report highlighted the fact that the NHS was seeking not to make cuts to services, but efficiency savings, emphasising that this distinction needed to be communicated more clearly – a point echoed by the Royal College of Nursing.

RCN Chief Executive and General Secretary Dr Peter Carter said in a statement: “Some trusts are already cutting jobs and services at an alarming rate, making short-sighted decisions to plug the gaps in their budgets.

“We welcome the government’s pledge to protect the health budget, as well as frontline services. … At a time when the NHS is also facing huge re-organisation, this is an enormous challenge, which we believe will inevitably have a serious impact upon the level of care and services trusts are able to provide."

The RCN said there is no evidence that the efficiency savings have yet been reinvested back into frontline services.
John Healey, Shadow Health Secretary said: "The last thing the NHS needs is a high-cost, high-risk reorganisation at a time when, in the government’s own words, it is attempting to make ‘unprecedented’ efficiency savings.

"But of equal concern is that the plans follow promises made both before the election and in the Coalition Agreement that there would be no more top down reorganisations in the NHS."