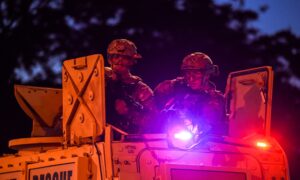 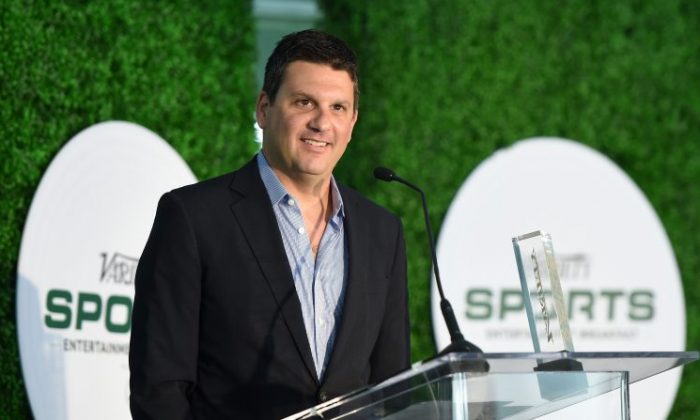 Eric Weinberger is one of the persons named in the lawsuit against NFL. (Michael Buckner/Getty Images for Variety)
US News

Four former players and a former executive producer at the National Football League’s television network allegedly groped and sent sexually explicit messages to a female colleague, according to a lawsuit she filed in Los Angeles Supreme Court.

The four former players-turned-analysts named in the lawsuit but not listed as defendants are Marshall Faulk, Heath Evans, Donovan McNabb and Ike Taylor, Bloomberg reported. The complaint also levels accusations against former executive producer Eric Weinberger, though he is also not named as a defendant.

Jami Cantor, a wardrobe stylist at the NFL Network, says in the lawsuit that Weinberger sent several nude pictures and explicit messages to her. Weinberger also allegedly told her that she was “put on earth to pleasure me.” Weinberger also made inappropriate contact, the lawsuit alleges.

Cantor also described a pattern of sexual harassment by on-air talent. Faulk groped her and made “deeply personal and invasive questions” and Taylor sent her “sexually inappropriate” pictures of himself as well as an explicit video, according to the filing. McNabb also sent explicit messages, the lawsuit says.

Faulk, Taylor, and Evans have been suspended from the NFL Network while the allegations are investigated, Bloomberg reported citing network spokesman Alex Riethmiller.

Cantor filed the original lawsuit in October claiming that she was wrongfully terminated. Her lawyer told Bloomberg by phone that “it’s outrageous conduct and I fully intend to hold the NFL Network responsible.”

Cantor said that she complained about the advances from former players to the league’s talent coordinator, Marc Watts. The lawsuit alleges that Watts did nothing and told her: “It’s part of the job when you look the way you do.”

Cantor was fired from the NFL in October last year when she was 51 and replaced by a 30-year-old, the complaint alleges.

Watts, Weinberger, Taylor, Faulk, Evans, and McNabb did not provide a comment to Bloomberg when the magazine published the story just before 11 p.m. on Monday, Dec. 11.

The lawsuit against NFL follows a wave of similar lawsuits and accusations against prominent figures in media, entertainment, and politics. The trend started with two exposes on Hollywood mogul Harvey Weinstein and has resulted in the suspensions, terminations, and resignations of prominent figures, including “Today” show host Matt Lauer and the longest-serving member of Congress Rep. John Conyers.