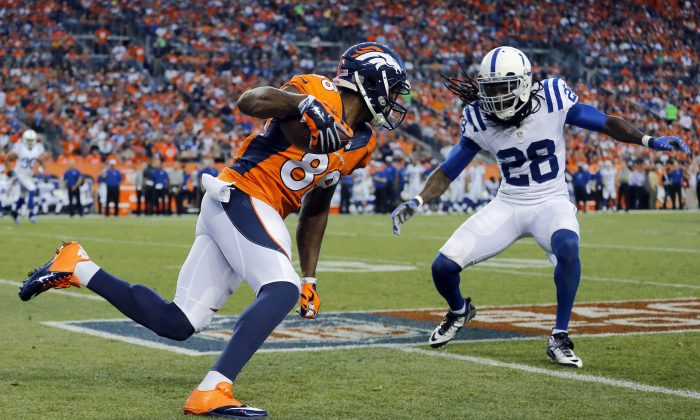 NFL teams are tagging their best players on Monday, with the deadline now just hours away.

The Denver Broncos tagged wide receiver Demaryius Thomas, who caught 297 passes over the past three seasons as he built chemistry with Peyton Manning.

Among those who will reportedly not be tagged–Ndamukong Suh, the Detroit Lions defensive tackle; and Julius Thomas, the Broncos tight end. Both players could easily end up on different teams as their services will be highly sought.

The purpose of a franchise tag is to try to keep a player within a team, usually to try to prolong negotiations to sign him to a longer deal. Teams can extend a one-year offer to potential free agents, usually worth the average of the top five salaries at the player’s position.

Players tagged can reach long-term contracts with the team that tags them, but must agree to such a deal by July 15.