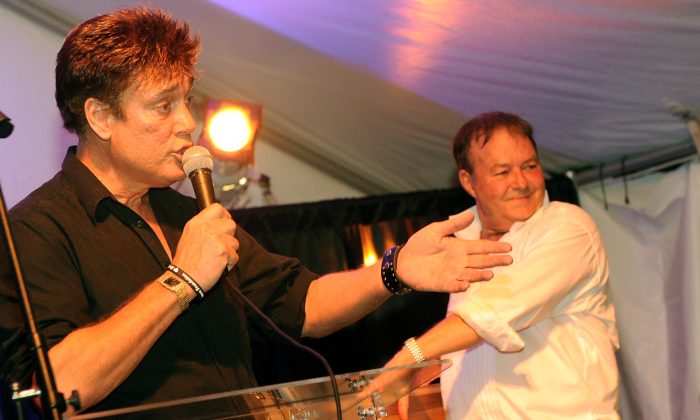 A family seeking a television show says that they’re set to become the next Duck Dynasty.

The McDowell family out of Portland, TN mostly known for including country artist Ronnie McDowell, is close to finishing a sizzle reel that they’ll show to producers to try to snag a show.

The four to six minute reel, called “Make Room for Ronnie,” will be ready in early 2015.

The family is working with Nashville-based Opal Eyed Productions on the reel.

“The sizzle reel would feature a cross between the McDowells’ band traveling on the road and their home lives littered with cameo appearances. Show guests include singer-songwriter Bill Medley of The Righteous Brothers, country-pop musician Mickey Gilley, T. Graham Brown and Jimmie ‘Big Daddy’ DeRamus,” reported The Tennessean.

“Shooting since early November, the crew has recorded scenes across the state including in Portland, Pigeon Forge and Memphis and as far as Missouri and Louisiana.”

The family and producer Harold Bagwell say that the family represents good, clean entertainment, just like the Robertsons in Louisiana.

“There’s so much low-quality shows on television, and ‘Duck Dynasty’ is a fun, family-oriented, comedy reality, and what makes it good is that there’s nothing like it out there,” Bagwell said.

“And that makes it fun and marketable. That’s why I think ‘Make Room for Ronnie’ has a niche, and it will be a success. A show doesn’t have to be about people fighting all the time. People want a fresh start.”

Ronnie’s website says that he rose to fame after penning a tribute song to Elvis Presley in 1977 titled “The King is Gone.”

The singer and songwriter soon scored another hit and signed with CBS Records- Epic in 1979.

He released a slew of singles and albums while touring the country, and then moved to Curb Records in 1986.

“Ronnie McDowell is still constantly in demand on the road and he tours relentlessly with his band the Rhythm Kings,” it says.

“Additionally, he often tours with Elvis Presley’s original sidemen Scotty Moore and D.J. Fontana along with Millie Kirkham and The Jordanaires staging a tribute to Elvis Presley’s music.”