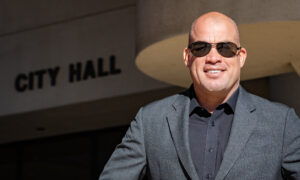 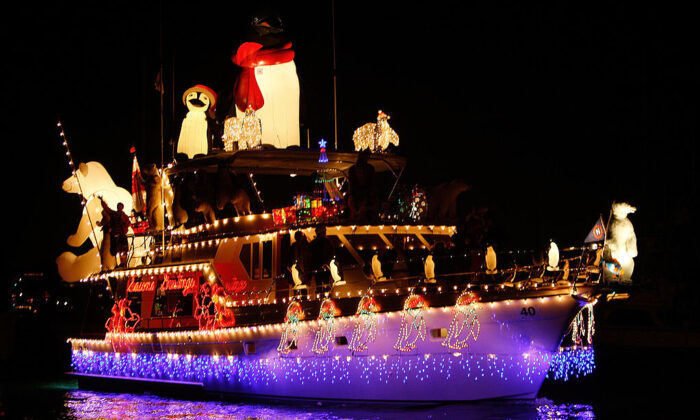 Boats in the 101st annual Newport Beach Christmas Boat Parade are lit with Christmas decorations as they move through through the night in Newport Beach, Calif., on Dec. 16, 2009. (David McNew/Getty Images)
Southern California

The annual Newport Beach Christmas Boat Parade will sail on this year, says an event advocate.

Save Newport founder Mike Glenn told The Epoch Times Nov. 23 that the event will be revived by local boaters, despite being previously canceled by the local Chamber of Commerce.

“This is not the chamber’s baby—this was going on for half-a-century before the chamber even existed here,” Glenn said of the event, which was founded by an Italian gondolier in 1908. The chamber began marketing the event in the mid-1980s.

“The chamber alone doesn’t have the authority to cancel the boat parade. They are merely managers, and they have decided to drop the boat parade management this year. … And, frankly, I’m getting a little tired of this notion that everything we do requires a boss.”

The same Newport Beach residents who’ve participated in the event during previous years will continue the tradition, said Glenn. At least 250 boats are set to hit the waters Dec. 16–20 in a display of lights, music, dancing Santas, and more.

The parade, which runs from 6:30 p.m. to 9 p.m., begins at the tip of Balboa Island’s Lido Isle and travels along the approximately 22 mile of shoreline in Newport Bay.

Glenn said he hopes the event brings quality entertainment while stimulating Newport Beach’s economy, which has been hit hard by the COVID-19 pandemic.

“It was our hope that conditions would improve or at least remain static,” he said in a statement.

“However, looking at what is happening across the country, as well as in our own backyard, that is simply not the case. [Gov. Gavin] Newsom made it clear at his recent press conference that conditions are worsening across the State of California and that we need to put on the ‘emergency brake’ to slow the spread of coronavirus.”

To participate in the revived parade, or learn more, visit http://savenewport.com/boats.