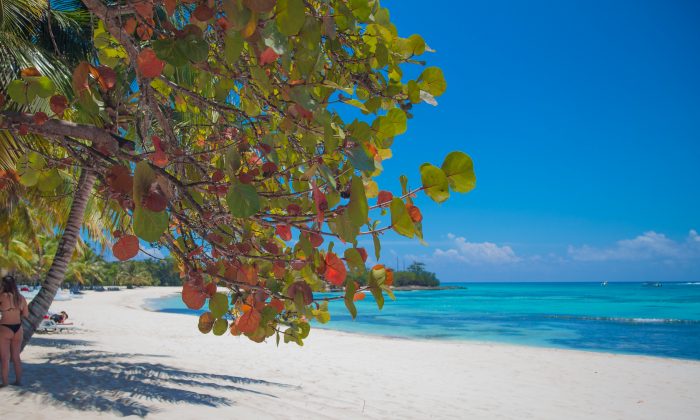 A beach in the Dominican Republic in a stock photo. (abhinaba/Flickr [CC BY 2.0])
US News

A New York mother has died while receiving plastic surgery in the Dominican Republic, making her the third victim from the United States to die under such circumstances in the space of a month.

The mother-of-one, Alexandra Medina, 33, from New Rochelle, reportedly decided to undergo the liposuction procedure at the tourist hotspot as she wasn’t happy with her appearance.

Her sister, Maxine David, told CBS New York how Medina contacted a doctor in the Dominican Republic, and was lured in by the cheaper prices.

“This doctor was like, ‘No problem. We can do it. We can handle it. We’ve dealt with bigger women, so come here. We’ll do it.’ And it was obviously also cheaper,” David recalled.

Despite her family’s desperate pleas to cancel the liposuction surgery and tuck at Dr. Ureña Arias clinic in Santo Domingo on July 4, Medina stuck by her decision.

DOMINICAN REPUBLIC DEATH: A New York woman has died while undergoing plastic surgery in the Dominican Republic, the third such death involving an American in a month. https://t.co/fMCb9RnvYD

The outlet reported that the Ministry of Health found Almanzar wasn’t licensed to practice as a surgeon.

In a preliminary report, an embolism was listed as Medina’s cause of death, reported Noticias Sin.

In an interview with Yonkers Voice, Medina’s mother, Kanny Toro, warned people against making the same mistake as her daughter.

“I urge you not to do anything like this,” she said. “God gave you a body for a reason and keep it that way. You are beautiful the way you are.”

Medina’s mother said she was initially suspicious about several things, including the payment method accepted by the Dominican Republic clinic.

She explained how her daughter told her on July 3 clinic staff told her she needed to pay for the procedures on the spot, reported Fox News.

Medina is survived by her 14-year-old son, neighbors told the New York Post.

Since the tragic incident, the Dominican health minister has announced he will see that a full review will be conducted.

However, David isn’t hopeful about the outcome of the Ministry of Health’s investigation, and told the outlet she is concerned “they’re gonna get away with it.”

David added that she is worried the incident will be passed off as an accident, meaning her family won’t “get justice” for Medina’s death.

“I’ve lost everything. I feel I’ve lost my soul, like if it was being stripped out of my body,” Toro told Univision.

It is unclear at this time if Almanzar or other members of staff at the clinic where Medina died will have charges filed against them.

Medina’s tragic death comes as two others died after receiving plastic surgery in the region in recent weeks.

A teacher from Alabama, Alicia Renette Williams, died at the same clinic after undergoing procedures with the same doctor on June 2, reported El Nuevo Diario.

The 45-year-old reportedly suffered blood clots and passed away from undergoing an elective procedure.

Meanwhile, a 29-year-old New York man died in the Dominican Republic while reportedly getting discount liposuction.

Manuel Nunez, who worked in New York City, traveled back to the Dominican Republic to get plastic surgery done for the third time, his mother said.

“[I told him] ‘Do not do that lipo, you’ve already done two. Don’t you have anything else better to do with your money?’ and he told me, ‘Mom, I have my doctor,’” Teresa de Jesús Batista Ramirez was quoted saying by the Daily Mail, which cited a local media outlet.

She added, “I told him give it to me better so that I can eat with it and what he did was that he stuck his tongue out and told me goodbye.”

The report said that Nunez showed up for his 9 a.m. appointment at the Caribbean Plastic Surgery in Santo Domingo with Dr. Oscar Polanco. Polanco allegedly had three other patients die undergoing surgery under his watch.

The Mail reported that Polanco is not licensed as a plastic surgeon and is a gynecologist.