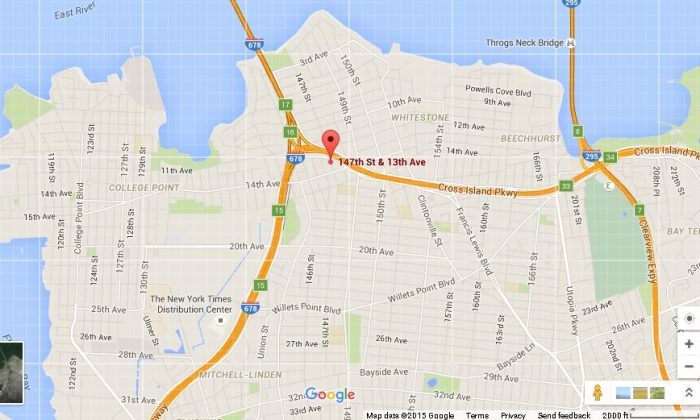 A 16-year-old Chinese exchange student was groped and then slashed by an attacker on December 16 as she walked to school in Queens, New York.

The unnamed student was walking east on 13th Avenue near 147th Street around 8:20 a.m. when a man wearing a surgical mask and gloves approached her from behind.

The man groped her before slashing her twice; one of the lacerations ran from her ear to her throat, authorities told NBC.

The victim has been in the United States for eight months and currently attends the Whitestony Academy school.

The suspect, who didn’t say anything and had his hood up, fled the scene, reported CBS.

He had on a black hat and was wearing a grey or blue sweatshirt.

“It came out of nowhere,” said NYPD Chief of Detectives Robert Boyce of the attack, reported ABC.

Police have obtained surveillance footage from the area and are reviewing it.

Area residents were shocked by the attack.

“Oh my God, I’ve been here 20 years, and both of my neighbors up the block, we’ve been here forever, we’ve never, ever heard of anything like this happening,” said resident Sandra Bragas.