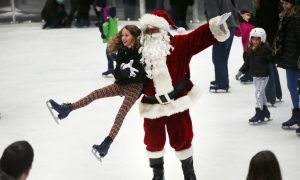 New York Q&A: What Are You Thankful For?
0 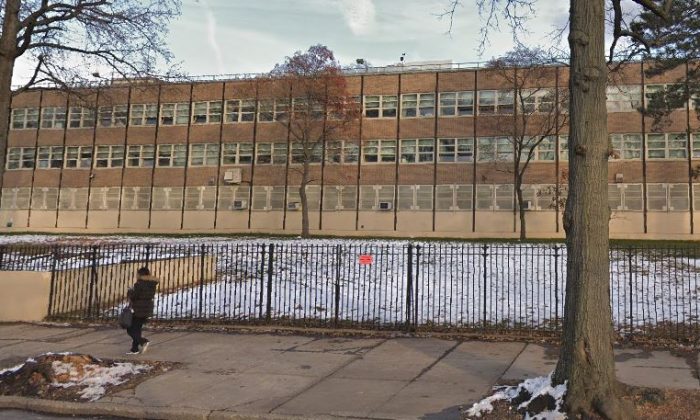 A teenager in New York City died suddenly after collapsing during high school basketball practice on the day after Christmas.

Lenny Pierre, 16, was practicing at John Bowne High School in the Queens borough of the city when he suddenly collapsed.

Pierre was rushed to New York Presbyterian Hospital-Queens but was pronounced dead.

“That’s a big hole in my heart. That’s my first born. If I have another son it’ll never be Lenny, my sweetheart, my sweet son.”

The basketball coach for Pierre’s team declined to comment.

A Department of Education spokesperson said that the death occurred during basketball practice and that an investigation has been launched. The Medical Examiner will determine the cause of death.

Officials told Pix11 that Pierre went into cardiac arrest during the practice. Georges told the broadcaster that her son was shaky and lightheaded during practice and collapsed when he went to sit down.

According to the Mayo Clinic, sudden cardiac arrest “is the abrupt loss of heart function, breathing, and consciousness. The condition usually results from an electrical disturbance in your heart that disrupts its pumping action, stopping blood flow to your body.”

CBS reported that Pierre complained of dizziness and vomited before collapsing around noon on Wednesday.

There's a search for answers today after 16-year-old Lenny Pierre collapsed and died during basketball practice in Queens Wednesday. https://t.co/NwDkuLczTt

Georges told NBC 4 that her son never had any health problems.

“I have a healthy boy. I don’t know what went wrong, to tell you the truth,” she said. “He was not allergic to anything. He was not on any medication. Healthy as you could imagine.”

Neighbor Steven Corbett described Pierre as a great kid, “just one of the kids you would love to meet.”

“It’s very shocking to me, unbelievable, sad,” he added. “He was just a great person to be around.”

“He loved basketball,” mom Edna Georges told CBS. “Sometimes they say you die doing what you love. He died doing what he loves and I just want the world to know I lost a great person.”

New York City Mayor Bill de Blasio said in a statement that he sent his condolences to Georges.

“I am heartbroken to hear of Lenny Pierre’s passing. As a parent, and as a father of student-athletes, I can only imagine the pain and sorrow being felt by Lenny’s family, loved ones and classmates,” he said.

“On behalf of 8.6 million New Yorkers, I extend our deepest condolences. We will be with this family now and in the future as we mourn the loss of one of our city’s children.”

“This was a tragic loss, and my heart is with this student’s family, team, and school community,” Schools Chancellor Richard Carranza in a statement. “We will provide additional guidance counselors and support to this school community for as long as it is needed, and we are working with NYPD and agency partners as they conduct a thorough investigation.”