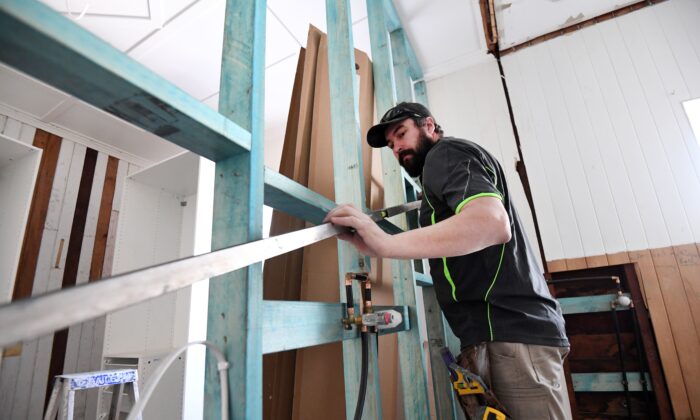 New South Wales (NSW) Fair Trading Minister Eleni Petinos has warned consumers to check the credentials of tradespeople before allowing them to start work after a serial fraudster was once again convicted of doing shoddy building work while unlicensed.

Matthew Geoffrey Rixon has been sentenced to 21 months in jail after being convicted of contempt of court for breaching NSW Supreme Court orders which restrained him from doing residential building work in NSW.

“Mr Rixon is a serial offender whose actions have caused significant distress to many consumers,” Petinos said.

“This prosecution highlights the importance of consumers checking the credentials of builders and other tradespeople before engaging a contractor for work and serves as a warning for other would-be offenders that they will be caught.”

In NSW, a licence is required for trade work such as electrical, air conditioning, and plumbing, irrespective of the cost, while also required for all other residential building work valued at more than $5,000 (US$3,7oo.)

In addition, the Home Building Act prohibits asking for more than 10 percent of the contract price as a deposit before work commences.

Petinos thanked the people who came forward to share their stories which provided the evidence to secure Rixon’s conviction, adding that Rixon would be hit with the full force of the law.

Rixon, who has a number of aliases, including Matt Andrews, Matthew Douglas, Matt Ewing, Joseph Geraghty, Scott Mandeville and Matt Rickson, advertised himself as a builder, fencing contractor, and handyman in the Sutherland Shire of Sydney, the Leader reported.

He would then accept deposits, after which he would do little, no, or shoddy work unlicensed.

He was first convicted in 2014 and received a sentence of 18 months jail, but the sentence was wholly suspended and reduced to 300 hours of community service.

Then in 2018, he breached court orders related to the first offence and was sentenced to another 18 months’ jail.

In September 2019, almost immediately after Rixon had been released from jail, Sutherland Shire resident Kristy told the Leader that Rixon was back at it again.

“Matthew Rixon, AKA Matthew Douglas, a convicted offender, is advertising and preying on people in the shire,” Kirsty wrote in an email.

”I’ve lost over a thousand dollars, and I’m sure there are many others in the shire too.”

The latest conviction, which was handed down by the NSW Supreme Court on Wednesday, February 23, came in response to consumer complaints and a subsequent investigation by NSW Fair Trading.

Fair Trading has a page titled “Public Warnings“, which provides a list of  warnings about unfair business practices and people engaging in them.