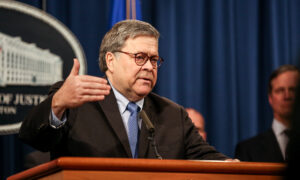 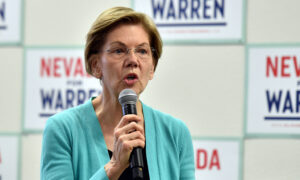 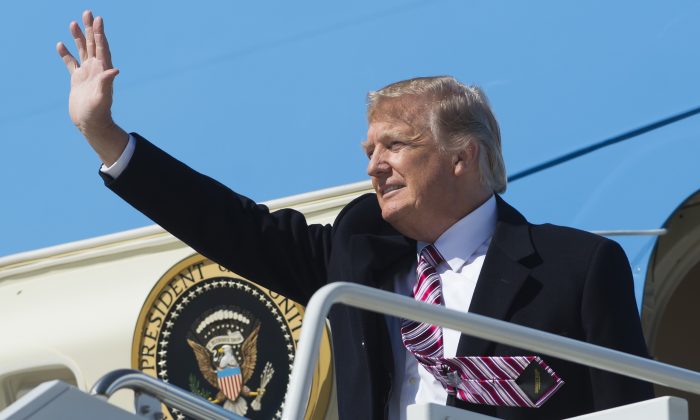 President Donald Trump waves from Air Force One upon arrival at Langley Air Force Base in Virginia on March 2, 2017, as he travels to Newport News, Virginia, to visit the pre-commissioned USS Gerald R. Ford aircraft carrier. (SAUL LOEB/AFP/Getty Images)
Politics

The poll was carried out of 500 likely voters at night and has a 2.5 percent margin of error with a 95 percent level of confidence.

Rasmussen uses automated telephone polling techniques, which allows for respondents to give relatively anonymous answers as compared with other polls. The daily tracking poll is often cited by Trump and his administration’s staff, including press secretary Sean Spicer.

According to a new Gallup poll, meanwhile, some 43 percent of respondents approve of Trump’s performance so far as president, up five points from Feb. 16, when 38 percent approved. Some 50 percent disapprove, down from a 56 percent disapproval on Feb. 16.

After Trump’s speech to Congress last week, most Americans who were surveyed strongly approved of what he said. Of those who watched it, according to a YouGov/CBS News poll, 76 percent approved and 24 percent didn’t approve. Similar figures were noted in a CNN poll of Trump’s speech.

An AOL poll also found that 78 percent of those who watched the speech felt positively about it.