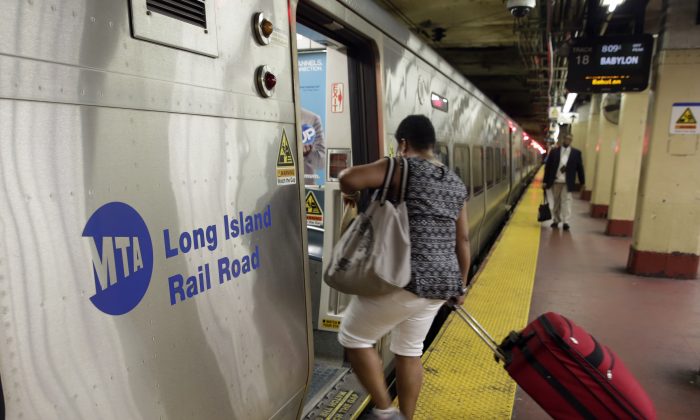 New York Governor Andrew Cuomo announced a new proposal for the Long Island Rail Road on Tuesday in a speech.

The proposal, later detailed in a press release, would feature a 10-mile track between Floral Park and Hicksville. The initial estimated cost is between $1 billion and $1.5 billion.

The new 3rd rail would give space to run trains for commuters heading east into Long Island as thousands of people are headed the other way into the city.

“By allowing the LIRR to increase service between Floral Park and Hicksville, it will provide a more attractive alternative to driving and thereby reduce traffic on Long Island’s major east-west highways, like the L.I.E., Northern State and Southern State, and more trains will make it easier for Long Islanders to reach LaGuardia and Kennedy airports by train,” the Metropolitan Transportation Authority added in the announcement.

The updated proposal cuts down on the number of property acquisitions–from 200 to 50–and puts in place options for landowners who want to keep the rest of their land.

But not everyone was pleased with the proposal.

“Who’s paying for the #LIRRThirdTrack? How? When?” he wondered on Twitter. “Why wasn’t it in MTA’s revised 5-year capital plan published on 10/28?”