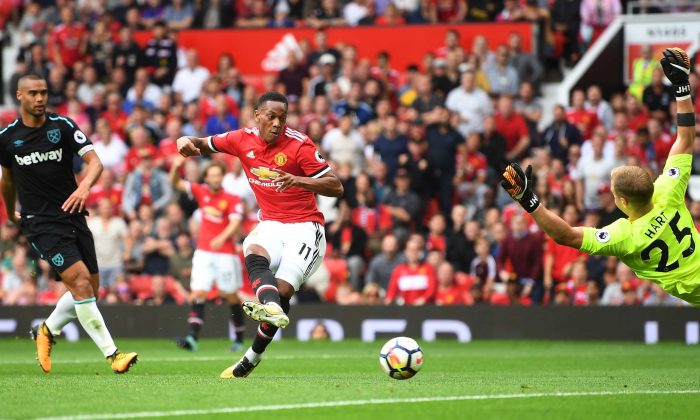 ENGLAND—After another hectic period of pre-season transfers, with another 3 weeks of the transfer window still available for teams to strengthen their squads, the new Premier League season started with Arsenal’s home game on Friday night against 2016 Champions Leicester City at the Emirates Stadium. Arsenal, who to date have only made one major acquisition this summer will be hoping to join last year’s runner’s up Spurs, and the heavy spending Manchester and Liverpool clubs in challenging Chelsea for this year’s title.

In an exciting opening game, Arsenal won a fraught opener 4-3 against Leicester City after coming back from a goal down with two goals in the last 10 minutes provided by substitutes Aaron Ramsey and Olivier Giroud. Arsenal opened the scoring in the second minute with a header from new signing Alexandre Lacazette, only for Leicester to strike back straight away through Shinzi Ozazaki in the 5th minute and Jamie Vardy in the 29th minute, Arsenal equalised through a Danny Wellbeck’s injury time goal for 2-all at half time. Vardy added his second (the 3rd for Leicester) in the 56th minute but Arsenal’s late goals saved embarrassment for manager Arsene Wenger after strikes by Aaron Ramsey and Olivier Giroud to earn Arsenal their first opening day win for 7 seasons.

On Saturday Liverpool face Watford away without the injured Philippe Coutinho currently being pursued by Barcelona, and saw themselves pegged back to a draw with a late equaliser from Miguel Britos, after goals from Stefano Okaka and Abdoulaye Doucoure had been overtaken by goals from Sadio Mane, Roberto Firmino’s penalty, and Mohammed Salah.

Chelsea lost to Burnley at Stamford Bridge, falling 3-nil behind to a brace from Sam Vokes and another from Stephen Ward, with captain Gary Cahill being red-carded, before goals from Alvaro Morata and David Luiz cut the deficit, but could not find an equaliser, not helped by the additional red card to Cesc Fabregas, reducing them to 9 men.

Crystal Palace were beaten 3-nil at Selhurst Park by newly promoted Huddersfield, courtesy of goals from a Joel Ward own goal, and a brace from new signing Steve Mounie who could have completed a debut hat-trick with a late chance.

Everton were 1-nil victors over Stoke, with Wayne Rooney scoring the winner on his return to Goodison Park, Southampton drew nil-all with Swansea, and West Bromwich won 1-nil against Bournemouth, with their winner being scored by new centre back signing Ahmed Hegazi.

In the late game, promoted Brighton entertained big spending Manchester City. City dominating the game, having 2 goals disallowed, and then sealing the game with late goals from Sergio Aguerro and a Lewis Dunk own goal.

Manchester United won their Old Trafford opener 4-nil against West Ham, courtesy of a brace from Romelu Lukaku, and other goals from Anthony Martial and Paul Pogba.

Although its early days, with no pattern yet discernible, it looks as if last years top seven will occupy the same places, though likely in a different order, and the relegation battle is likely to be comprised of a group made up of the promoted teams plus those that narrowly avoided the drop into the championship last season.