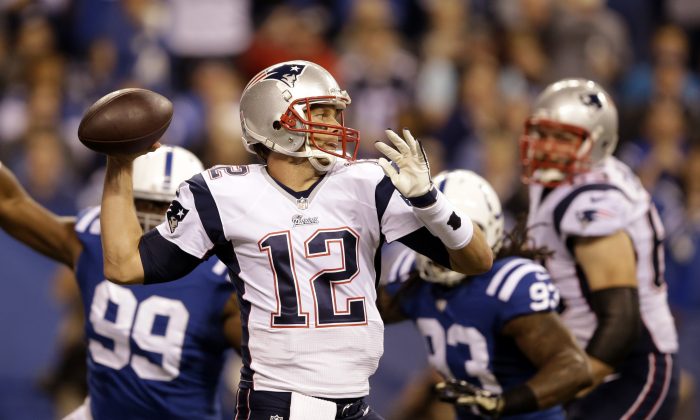 The New England Patriots demolished the Indianapolis Colts last week. Here’s some of the latest buzz going into Sunday:

Darrelle Revis is set to go up Calvin Johnson on Sunday, and he had nothing but praise for him.

Revis is 5-foot-11, 198 pounds, but he might have the edge on Johnson this time around, as he’s deal with a nagging ankle injury all season. Johnson also got injured last Sunday against the Cardinals.

Lions head coach Jim Caldwell thinks that he has an answer to beat Tom Brady.

Brady is currently 6-4 in the regular season against teams that Caldwell has coached on.

But Caldwell said there’s no magic to beating him

“Not really,” he said, via the Detroit Free Press. “They were all kind of formed and shaped differently. Each and every one had its own unique sort of take to it, because obviously you’re dealing with different players and different eras. I would say no, nothing really consistent.”

“I remember a couple games where Brady in the first half was literally unstoppable,” Caldwell added. “He’s up and down the field on us quite a bit. And then sometimes things change a little bit. We ended up matching up pretty well.

“It all took different shape and form depending upon the situation. Some of it was weather, some of it was just players overcoming situations and playing well down the stretch, but nothing that I can put my finger on.”

Jonas Gray, who had a breakout game last week against the Broncos, missed practice this week.

According to NFL.com, he was sent home because he overslept.

It said that “the running back overslept and would have been late to the facility for meetings, per source who has spoken to him. Rapoport adds Gray’s phone died overnight, causing him to oversleep. Gray headed to the facility this afternoon to apologize to Bill Belichick and teammates.”

It’s unclear if Gray’s playing time will be affected.

Blount has to earn his time

LeGarrette Blount, recently signed after being released from the Pittsburgh Steelers, will have to earn his playing time.

“That will be up to him, just like everybody else,” coach Bill Belichick told ESPN Friday. “When he gets an opportunity, [it’s] how much he can take advantage of it, how much he can be productive and what he can do with those opportunities [that] will determine how many more there are. It’s totally up to him.”

Blount said he was OK with that.

“Bill is a straight-forward shooter, he’s a 100 percent honest person,” he said. “I truly believe that if I do what I have to do, then I’ll make myself a role on this team. Whatever I have to do, I’m going to do it to be productive.”