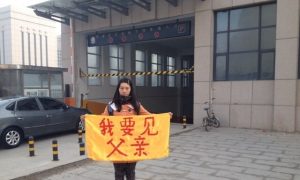 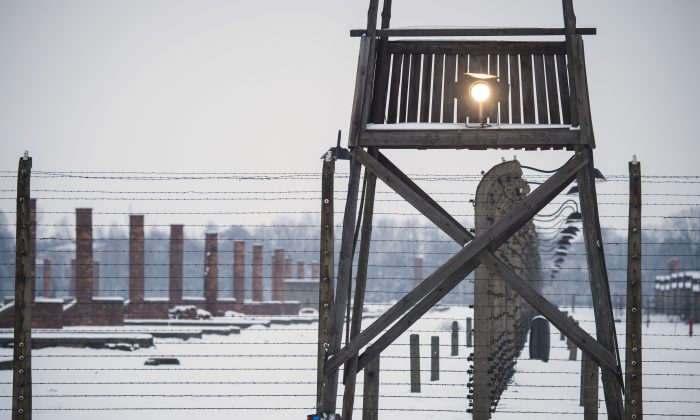 A watch tower stands along a barbed wire fence at the memorial site of the former Auschwitz-Birkenau concentration camp on the eve of the 70th anniversary of the liberation of the Nazi death camp in Oswiecim, Poland, on Jan. 26, 2015. (Odd Andersen/AFP/Getty Images)
Opinion

A reflection on the 70th anniversary of the liberation of Auschwitz

I was born in Croatia a year before the second world war ended. I don’t remember much, but I still have the sense of fear and terror down to the deepest level of every cell in my body. I sucked it with my mother’s milk.

I still have a heavy album full of black and white pictures of people whose names I don’t know. They are all my family members, but I don’t recognize them. I never dared to ask my mother. Every weekend over Saturday family lunch she would tell lively stories about uncles and aunts and cousins. I loved the first part of these stories, but they all ended with the same sentence: “But they all have gone in the war.” I didn’t understand what it meant, but I didn’t dare to ask her.

As I grew older I did ask her once, “What does it mean?” and she said with a gloomy voice: “You know, in the ‘lager’ (the word for concentration camp in Croatian).” It didn’t make it clearer for me. I guess I just didn’t want to understand, as the true story was too horrifying and too painful to grasp.

I remembered all this as I was planning my trip to Poland for the ceremonies of the remembrance day on Jan. 27, which marks 70 years since the liberation of Auschwitz, the most notorious concentration camp. Growing up in Israel with the family memories of the Holocaust, I preferred to forget everything related to the Holocaust except one thing: The vow “never again” to anyone on any place on the planet, which was set deep in me.

I never really healed from the trauma of the holocaust until 2003, when I found a spiritual path that completely changed my life. The name of the practice is Falun Gong, also called Falun Dafa, which originated in China in 1992 and spread all over the world. It basically asks you to improve your behavior and moral character by adhering to the principles of truthfulness, compassion, and tolerance. It also includes five meditative exercises. The combination of these two completely eliminated all my endless health problems and healed my heart. I also believe it really made me a more tolerant and easier-to-live-with person.

That’s why I was shocked to find out that this practice, which was so praised in the beginning by the Chinese regime, has been severely persecuted in China since 1999. The then-head of the Chinese Communist Party, Jiang Zemin, panicked because there were an estimated 70million–100 million people who are trying to live by the principles of truthfulness, compassion, and tolerance, which are not the principles of the Communist Party. The persecution started almost overnight and the systematic methods and their severity brought back all my bad memories.

Overnight Falun Gong practitioners were labeled as enemies of the country—as Jews had been labeled—using all the mass media. They were detained, arrested, and sent to forced labor camps and tortured to death. And very similar to the dark days of the Holocaust, a special office was set up “The 610 Office,” to persecute Falun Gong to this very day.

And there is one more horrifying detail. Tens of thousands of Falun Gong practitioners are being used as a living organ bank: their vital organs (hearts, kidneys, livers) are being forcefully ripped out and sold for high prices and their bodies are cremated.

That’s why I came to Poland, to remind all of us of the vow “never again,” which I believe everybody vowed after the horrors of the Holocaust.

In a follow-up article I hope to tell you about what happened during this trip to Poland: my meeting with Marek Kuchcinski, the vice chairman of the Polish Congress, to tell him about the persecution of Falun Gong and ask for his support and help to stop it; an interview with David Matas, an international human rights lawyer who investigated with David Kilgour, a former Parliament member in Canada, the organ harvesting of Falun Gong practitioners and published it in the book “Bloody Harvest;” and a press conference. And of course the ceremony in Auschwitz.