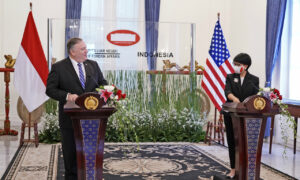 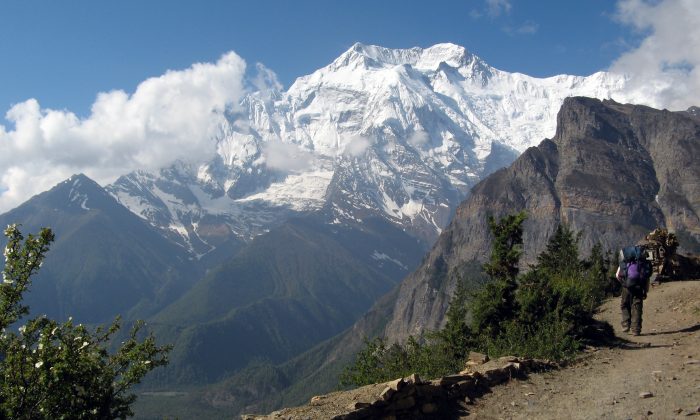 A British woman and her teenage stepson had to flee for their lives while trekking in Nepal after they were chased down a mountain path by a local woman brandishing planks of wood.

The terrifying ordeal had escalated from a row over a cup of tea.

Gemma Wilson, 35, was trekking the Annapurna Circuit with her stepson, Charlie, when they decided to take a break at a tea house.

Wilson complained to the owner of the tea house when she found that her cup of tea cost 150 rupee—triple the price she was used to paying in the area.

“When I got up to pay she told it was 150 rupee,” Wilson told the Mirror. “I asked her again and she repeated it, so I got the money out and paid her, but I said to her it was seriously pricey.”

They stopped to take some pictures of the tea house before restarting the trek on the mountain range. When the owner saw them, she charged toward them and started hurling rocks.

Wilson captured the terrifying moment in a Go-Pro video.

In the dramatic footage, Wilson is heard pleading to the woman “Please, I’m sorry,” as she flees down the narrow mountain path with the woman in hot pursuit. Wilson tries to fend off the flying rocks with her walking pole.

The woman, armed with two wooden planks, screams at Wilson: “Why bargain? Why bargain?”

The woman continues her tirade, mentioning something about Wilson being rich, while threatening her.

“I was just begging her to leave us alone. I knew fighting back was a really bad idea because had I gone over the edge it is highly likely I would have died,” Wilson said to the Mirror.

The woman eventually stops pursuing Wilson before a man with a donkey passes on the mountain path.

Nepal has eight of the highest mountains in the world, including Mount Everest, which is part of the Himalayan Mountain range. While the Himalayas are a popular tourist destination, Nepal remains one of the poorest countries in the world.