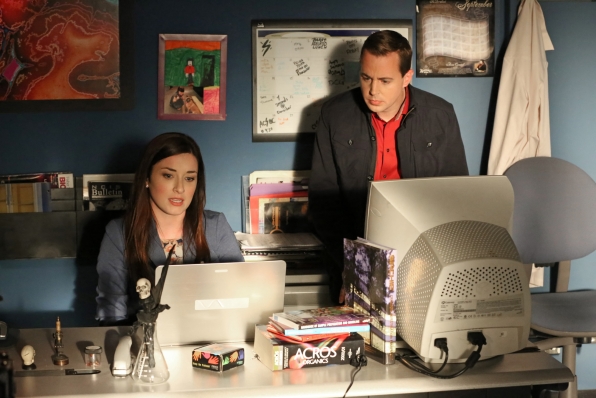 After returning to her job at the Department of Defense, McGee’s girlfriend Delilah (Margo Harshman, left) finds a break in a controversial case, prompting her to turn to the NCIS team for help. Meanwhile, McGee (Sean Murray, right) talks to DiNozzo about whether he should ask Delilah to move in, on NCIS, Tuesday, April 8 (8:00-9:00 PM, ET/PT) on the CBS Television Network. (Robert Voets/CBS ©2014 CBS Broadcasting, Inc. All Rights Reserved)
Entertainment

CBS has announced “NCIS: New Orleans” will make its debut on Sept. 23, according to new reports.

The announcement was made a few days ago, according to NOLA.com.

The New Orleans-based spinoff of the popular TV show had two episodes introduced earlier this year.

The regular “NCIS,” which is the world’s most-watched drama on TV, will premiere on the same night, CBS said.

Scott Bakula, Lucas Black, CCH Pounder, as well as Zoe McLellan will appear in “NCIS: New Orleans.” The show has the same premise as other “NCIS” shows, relating to the office of the Naval Criminal Investigative Service in New Orleans.

The Los Angeles Times reported that “NCIS” was rated the highest during the 2012-2013 season, and the series had more than 57.6 million viewers in 2013 from a possible 3 billion.

“As ‘NCIS’ enters its 12th season, we couldn’t be happier to learn we’re now the #1 drama in the world,” the show’s producers said in a statement obtained by The Wrap. “It’s no secret that determination and teamwork have allowed our cast and crew to continue to deliver a show we’re truly proud of. We also know we wouldn’t be here without the support and loyalty of the best fans in television. Thanks to our worldwide audience for helping us start the new season off right.”

Fans have been wondering if Ziva (Cote de Pablo) will return for “NCIS” Season 12.

“A lot of people have approached me about the idea of not shutting the door entirely on [their staying in touch], and I’m not opposed to it,” showrunner Gary Glasberg told TVLine a few months ago. “But it has to be done in a way where it feels organic to the storytelling and we’re not just throwing in lines about Ziva here and there.”

For example, he added, “If Tony’s in a personal relationship or there’s something significant happening for him and he wondered how she would respond, then maybe we can figure out a way to do it. It’s a valid issue to bring up.”