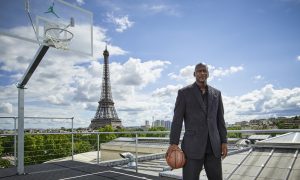 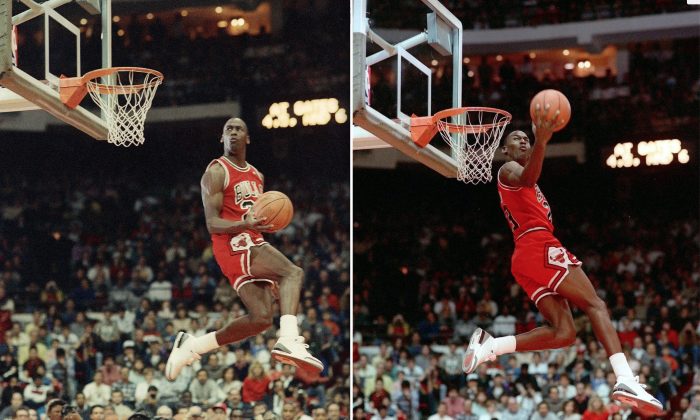 Michael Jordan of the Chicago Bulls during the 1988 slam-dunk competition in Chicago. Jordan edged Dominique Wilkins of the Atlanta Hawks to win the contest on the final dunk.(AP Photo/John Swart)
NBA

Michael “Air” Jordan was first known for his incredible dunking prowess in the 80s before leading the Chicago Bulls to six titles in the 90s. Maybe his most famous dunk was the one during the 1988 Slam Dunk contest when he ran the length of the court, jumped from the free throw line, double-clutched in mid-air, and slammed it in—which earned him a perfect score of 50 to narrowly beat Dominique Wilkins for the title.

The famous dunk has been immortalized in posters for years. Now, it can even be commemorated with a tattoo, thanks to world-renowned tattoo artist Steve Butcher.

Butcher’s attention to detail is incredible. The tattoo looks almost like a photo of the real thing.

Here’s another Instragram photo of the Jordan tattoo.

The Jordan image isn’t the only sports star Butcher has done.