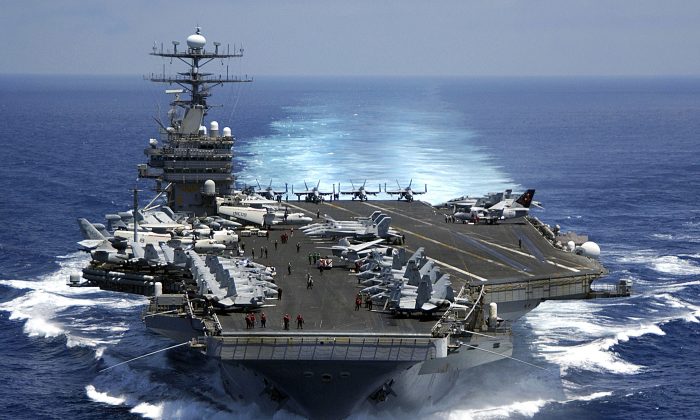 A sailor assigned to the USS Carl Vinson was found dead on board aircraft carrier over the weekend while it was docked in California, the U.S. Navy confirmed.

In accordance with Department of Defense policy, the identity of the deceased sailor will be withheld for at least 24 hours until the primary next of kin have been notified, the Navy said in a July 10 news release.

“The Navy is investigating the circumstances of the death and there are no indications of suicide or foul play,” according to the release.

The sailor was “discovered unresponsive” on July 10 while the aircraft carrier was docked at the Naval Air Station North Island, located in San Diego. The Navy Region Southwest Federal Fire Department pronounced the sailor dead at the scene.

According to the USNI News Fleet Tracker, the USS Carl Vinson returned to San Diego’s naval air station in mid-February after an eight-month deployment.

“The strike group operated in some of the most heavily navigated waters of the Indo-Pacific including the South China Sea and the Philippine Sea,” the Navy said in a statement at the time.

While at sea, an F-35C Lightning II combat jet suffered a “landing mishap” on the deck of the USS Carl Vinson in late January, resulting in several injuries for sailors aboard the carrier.

The accident injured seven sailors, and three of them were sent to a medical facility in the Philippines. The other four sailors were treated aboard the carrier.