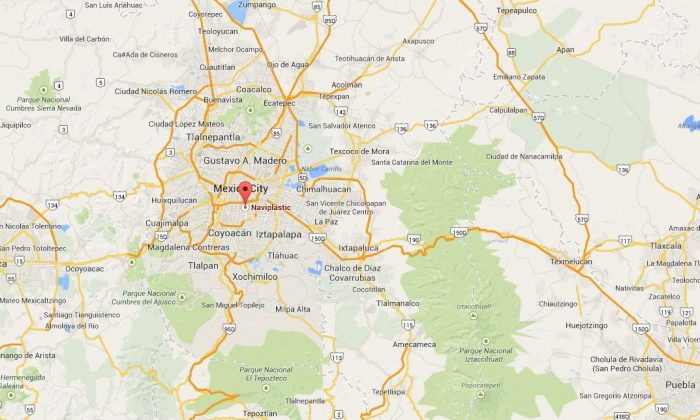 A fire and explosion was reported at a Naviplastic warehouse in Ermita, Mexico City, according to reports and accounts on social media. (Google Maps)
Americas

A fire and explosion was reported at a Naviplastic warehouse in Ermita, Mexico City, according to reports and accounts on social media.

El Universal reported that a large plume of smoke was seen in the eastern portion of Mexico City.

The city government head wrote on Twitter: “We have a fire in Ermita and Eje 3 Oriente. Avoid the area; it is a winery.”

He added that emergency workers are on the scene.

[View the story “Naviplastic” on Storify]

Boris was forecast to bring torrential rains to coastal states such as Chiapas and Oaxaca.

The Chiapas state civil defense office said it had already evacuated about 300 people from around the coastal community of Arriaga, and that further evacuations were planned.

The state cancelled classes in many areas, and mud and rockslides have already occurred on some state roads.

The U.S. National Hurricane Center in Miami said Boris was centered about 125 miles (200 kilometers) southeast of Salina Cruz on Tuesday. It was moving north at about 5 mph (8 kph) and had maximum sustained winds of about 40 mph (65 kph).

Its current track would take it almost directly across the narrow waist of Mexico that separates the Gulf ofMexico from the Pacific.

A tropical storm warning was in effect in southern Mexico from Salina Cruz to Mexico’s border with Guatemala.

Boris could produce as much as 10 to 20 inches (25 to 50 centimeters) of rain over southern Mexico in the coming days, creating the risk of deadly floods and mudslides.