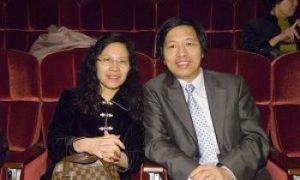 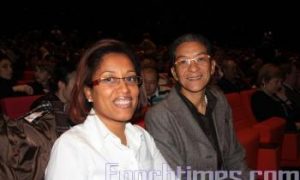 French MP on DPA: 'Something extraordinary'
0 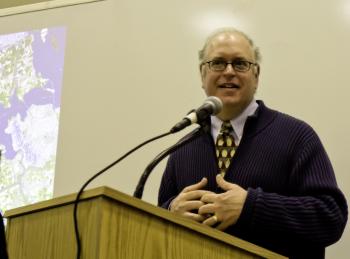 By Tara MacIsaac
Print
NEW YORK—Visionary, Eric W. Sanderson presented the Department of City Planning with 400 years of New York's ecological history and a projected 400 years of the city's ecological future in a special review session on Monday.

Sanderson is a senior conservation ecologist at the Wildlife Conservation Society and founder of the Welikia Project. Welikia means “my good home” in Lenape Native American. It was the language spoken in the New York City region when the first European settlers landed. Welikia described a very different landscape than it does now.

A work-in-progress, the project displays maps online at Welikia.org that will eventually show all five boroughs the way they once were. Times Square was once a red maple swamp; Spring Street once led to an actual spring; and Minetta Street in Washington Square Village was once a path along a meandering stream.

Viewers on the website can slowly fade out the current Manhattan and return it to wilderness block by block.

“The point of this is to try and bring the whole idea of sustainability, resilience, and biodiversity home to New Yorkers, to what they know and what they love, which is their block,” explained Sanderson.

Knowing our past helps us shape our future, said Sanderson. Nature is the best planner when it comes to sustainable development. The ecologist sees in the complex ecosystems that once occupied this land, models for managing the city's social and economic networks. He showed the Department of City Planning the habitats of the past to inform their decisions as they construct the habitat of the future.

Nature plans inclusively. While providing for every species, “It doesn't give every species exactly what it needs, it gives it enough to survive,” said Sanderson. He quoted a Mick Jagger song, saying, “You can't always get what you want, sometimes you get what you need.”

The way nature manages the various species provides food for thought for city planners as they consider the needs of the various industries.

City planners must also consider the needs of different socio-economic groups in their work. In response to an inquiry about how to handle gentrification, Sanderson provided an analogy to his work in preserving ecosystems: one must balance preservation with change. Nature is dynamic, explained Sanderson.

“Most of our decisions are made on a parcel-by-parcel basis,” he said, pointing out that zoning is usually done without a sense of connectivity between regions. If streams are to one day flow through the city—one element of the city's original environment Sanderson hopes to see return—the city will have to be looked at as a dynamic whole.

In addition to streams, Sanderson sees the reclamation of large tracts of land in the city for agriculture. Queens, he says, sits atop rich and fertile soil. He suggests the city move toward opening up some of this land again by increasing population density in some areas. In Midtown, the population density is about 65,000 people per square mile. If people moved to areas with lower density, they could free up land for agriculture, said Sanderson.

His vision extends 400 years into the future. It is not as if in the next decade half of Queens will be demolished and converted into farmland, but he puts it on the table as something to consider. He envisions a “necklace” of cities throughout the land now covered by the five boroughs. In between clusters of dwellings, would be the crops that feed the urbanites.

“Each generation plans as if it is the last generation,” said Sanderson. He asks city planners to consider the distant future in the decisions of today. Habitats form over many, many years, he said.