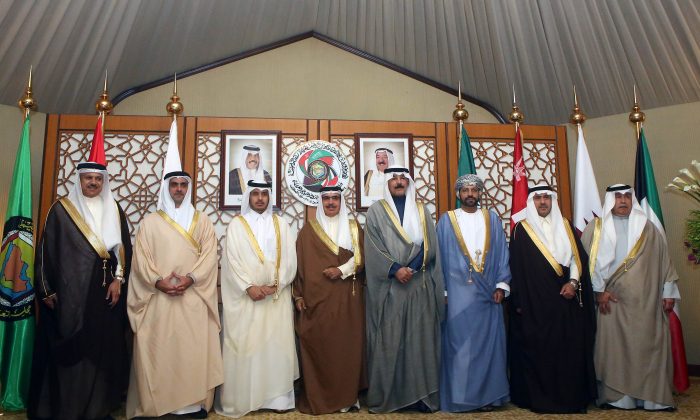 NATO and the Gulf: What’s Next?

Over the course of the past ten years, NATO has consistently invited Saudi Arabia and Oman to join the Istanbul Cooperation Initiative (ICI), which launched in 2004 as a cooperation framework between NATO and the GCC countries. So far, the ICI contains just four Gulf partners (Bahrain, Qatar, Kuwait, and the United Arab Emirates), and neither Riyadh nor Muscat has accepted the invitation. However, both countries sent delegations to take part in a NATO seminar held in Doha on Dec. 11, 2014, to mark the tenth anniversary of the ICI. Moreover, Mohammed Abdullah al-Rumaihi, an assistant to the Qatari foreign minister, was quoted as saying that the GCC had proposed widening its partnership with NATO to include Saudi Arabia and Oman.[2]

The possibility of both countries—which together account for approximately 70 percent of the Gulf countries’ defense expenditures—joining the ICI is not the only landmark change in GCC defense arrangements that is currently under discussion. In fact, wider changes are on their way, according to the final statement of the 35th GCC summit held in Doha a few days before the NATO seminar. In this statement, the GCC Supreme Council both praised the steps already taken toward a unified military command and suggested accelerating GCC defense integration. No details about this new command have been given yet. Nothing has been declared officially about its budget or where it will be based, or what kind of relationship it will have with the Peninsula Shield, the current GCC combined military force.

However, press leaks about the new command have been published in Saudi-funded Arabic newspapers such as Al Hayat and Asharq Al-Awsat. Requesting anonymity, senior Gulf officials have told these newspapers that the new command will coordinate between GCC member states and the U.S.-led international coalition against terrorism, adding that military cooperation between member states is a positive development. Some commentators have already voiced the expectation that the GCC will form an “Arab NATO” to face the region’s new security challenges.

GCC member states’ increased participation in NATO’s ICI seminar in Doha suggests a coordinated movement toward widening the relationship with NATO as part of a wider change in defense arrangements. Nonetheless, such a coordinated shift was only hinted at—not mentioned explicitly—in the 35th GCC summit final statement.

Generally speaking, the achievements of the ICI over the last decade have not been very promising. That might be because its structure, which is based on bilateral agreements between NATO and each GCC partner rather than multilateral agreements, has prevented the development of a unified GCC vision toward the strategic partnership with NATO. In light of recent developments—the possible joining of Riyadh and Muscat and suggestions of an emerging GCC common defense strategy—a new version of the ICI might lead to a different outcome in the coming decade. However, some obstacles may still persist, such as the lack of consensus among member states on key strategic issues. For example, Qatar’s support for Syrian opposition groups makes its approach to the Syrian conflict different than other GCC countries. Doha is the only GCC capital that hosts an embassy to represent the National Coalition of Syrian Revolutionary and Opposition Forces, while embassies for the Assad regime still operate in Kuwait, Bahrain, and the UAE. The changing nature of the terrorist threat and ongoing disagreements over the definition of terrorism could also hinder cooperation between GCC partners.

A clear definition of terrorism is important for successful cooperation between NATO and the Gulf countries. Who is the enemy? And what kind of strategy does the enemy employ? In the years following 9/11, there was an assumption within NATO that the primary enemies of the Alliance were no longer states but unconventional, non-state actors such as al-Qa’ida.[3]

Hany Beshr is a researcher and a columnist. He has also produced a number of documentary films about issues such as NATO, the anti-war movement in the UK, and the Balfour Declaration. He has worked as a journalist and correspondent for a number of channels and newspapers, including Al Jazeera TV and the Egyptian daily Al-Ahram.