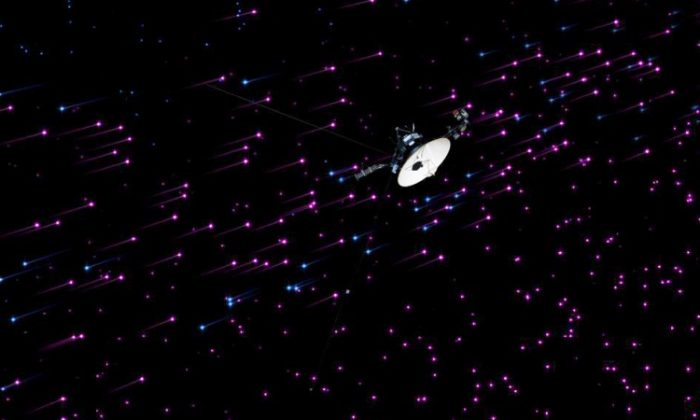 Voyager 1 has arrived at the very edge of our solar system, and could break through to interstellar space in a matter of months.

This region is thought to be inside the heliosphere because the magnetic field lines’ direction has not changed.

“Although Voyager 1 still is inside the sun’s environment, we now can taste what it’s like on the outside because the particles are zipping in and out on this magnetic highway,” said Voyager project scientist Edward Stone at the California Institute of Technology in a press release.

“We believe this is the last leg of our journey to interstellar space. Our best guess is it’s likely just a few months to a couple years away. The new region isn’t what we expected, but we’ve come to expect the unexpected from Voyager.”

Data from the NASA spacecraft showed it first entered this region in July with fluctuations, before re-entering it in August, and since then the vessel’s environment has remained stable.

“We are in a magnetic region unlike any we’ve been in before—about 10 times more intense than before the termination shock—but the magnetic field data show no indication we’re in interstellar space,” said Voyager magnetometer team member Leonard Burlaga at NASA’s Goddard Space Flight Center in the release.

“The magnetic field data turned out to be the key to pinpointing when we crossed the termination shock. And we expect these data will tell us when we first reach interstellar space.”