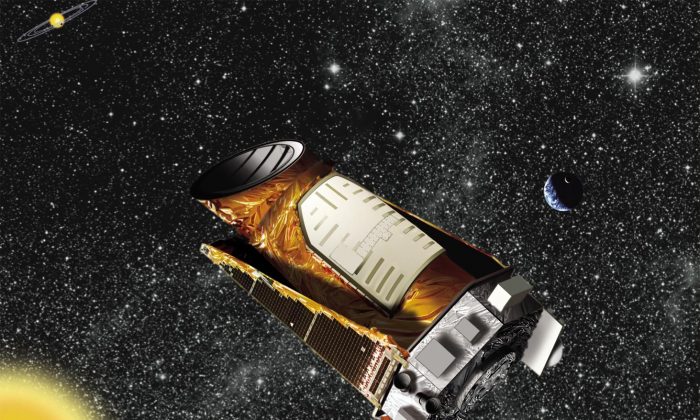 NASA Kepler Discovery to be Announced

NASA Kepler discovery: NASA’s Kepler spacecraft will soon reveal a new discovery it made via the Kepler space telescope, according to a release.

Scientists will give an update on Thursday at 2 p.m. EDT, according to the agency’s website. It will be streamed live at www.ustream.tv/NASAJPL and in a video at the bottom of this page.

Kepler, according to NASA, is the first mission that is capable of finding planets the size of the Earth in or close to our habitable zone. The $600 million spacecraft was launched in 2009 and has found more than 2,700 potential candidates.

According to Space.com, only around 115 have been confirmed by other observations.

The Kepler space telescope is dedicated to finding planets or planet candidates to better understand Earth’s place in the Milky Way galaxy.

“The centuries-old quest for other worlds like our Earth has been rejuvenated by the intense excitement and popular interest surrounding the discovery of hundreds of planets orbiting other stars,” NASA said on its website. “The challenge now is to find terrestrial planets.”

Members of the public can ask NASA questions via the Twitter hastag #AskNASA.