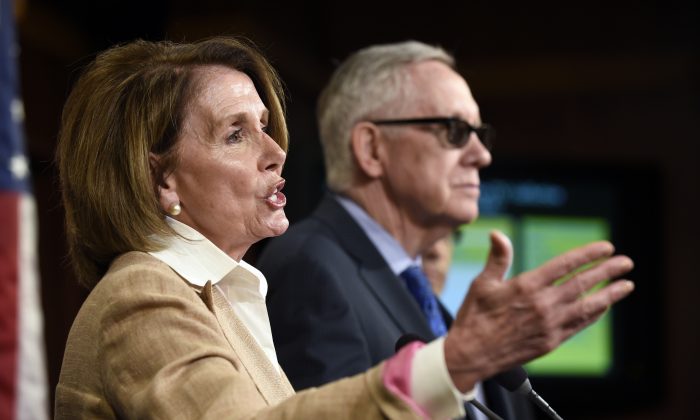 “Our values unify us and our values are about supporting America’s working families,” she added. Pelosi was re-elected as House Minority Leader last week after battling opponent Rep. Tim Ryan of Ohio, who argued that Democrats needed to appeal less to coastal elites.

Pelosi, 76, has led the Democratic caucus for the past 14 years, becoming the first woman House speaker in 2007. She was first elected to Congress in 1987.

“This year voters went to the polls and made a bold statement for change in Washington but House Democrats just doubled down on the status quo,” the Republican National Committee stated following Pelosi’s win, per Business Insider.

“The fact that Tim Ryan was able to peel off over 60 Democrats in his campaign for Minority Leader reveals Democrats have no unified vision for our country and are content to once again entrust leadership to someone who has led their party into total irrelevance in the House.”