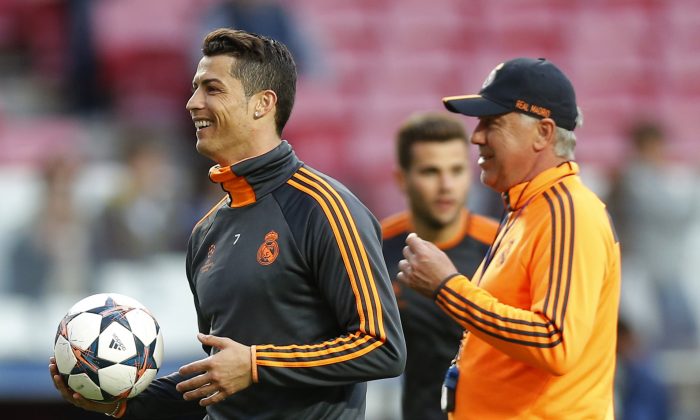 He said he did so in order for his team, Portugal, to not play against his country in the World Cup.

“I know what Cristiano Ronaldo’s injury is about, I’m working on him,” he said on a local radio station, according to The Guardian. “I am very serious about it. Last week, I went around looking for four dogs and I got them to be used in manufacturing a special spirit called Kahwiri Kapam.”

He added: “I said it four months ago that I will work on Cristiano Ronaldo seriously and rule him out of the World Cup or at least prevent him from playing against Ghana and the best thing I can do is to keep him out though injury.”

He said that there’s no way for Ronaldo to get back to full health.

“This injury can never be cured by any medic, they can never see what is causing the injury because it is spiritual,” he added. “Today, it is his knee, tomorrow it is his thigh, next day it is something else.”

Ghana is slated to play Portugal June 26 in Brasilia, Brazil, which will be their final Group G match. The group also includes the U.S. and Germany.

A number of people on social media sites were incredulous of Bonsam’s claims.

“Don’t give this fool any attention,” one person wrote on Goal.com. Added another, “I feel ashamed to a Ghanian right now…”

“I just wonder if he is so good and sure of himself why would he make a magic spell to help the Ghana squad to win the World Cup instead,” wrote another.

“If this things worked why Africans always fail in the world cup? why didn’t this witch prevent Uruguay from wining against Ghana in 2010? before Mourinho joined Madrid some witch doctor from Kenya also said Mourinho was successfully because of him,” added another reader.