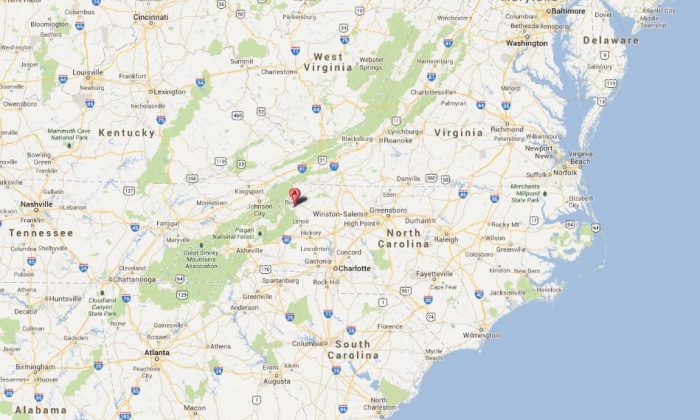 A screenshot of Google Maps shows Boone, N.C.
US

Police said they have launched an investigation into the incidents.

Jeffrey Lee Williams and his mother, Jeannie, were found unresponsive on the second floor of the Best Western hotel on East King Street on Saturday afternoon. The boy was pronounced dead later, and the mother survived, reported WCNC-TV.

Jeannie’s family said she woke from a coma on Sunday but has not yet learned of her son’s death.

“It was actually the same room,” said Boone Police Sgt. Shane Robbins said. “But other than that, at this time, we don’t have any more links or correlation.”

However, he stressed that it is unclear if the two cases are linked.

“While no evidence has been discovered that these incidents are related, investigators continue to explore all possibilities,” Robbins said in a statement obtained by the Charlotte Observer..

Robbins added that no violence was involved in the boy’s death.

“We appreciated the understanding that has been shown by the community at large during this tragic event. Our thoughts and prayers are with the family during this very difficult time,” Robbins said, reported the Charlotte Observer.