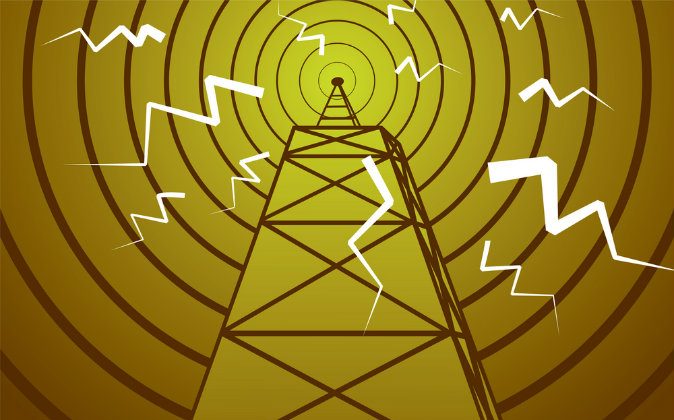 Mysterious, Fake Cell Phone Towers Spring Up Across US

No one knows where they came from, their purpose, or who’s responsible. Fake cell towers have sprung up across the United States leading researchers to develop a wide array of theories, including government spying, foreign espionage, and identity theft.

This past July, researchers using the new CryptoPhone500 traveled around the country plotting every time they encountered a mysterious, unsecured, un-named tower.

The high tech phone is basically a Samsung Galaxy S3 using a very specialized and optimized encryption. ESD America is a company that manufactures the secure phones, which cost around $3,500. German company GSMK designed the security software used by the phones.

When phone users enter the range of a fake tower, the device will flash an alert warning that the fake tower turned off their phone’s encryption leaving messages open to be read and phone calls to be intercepted by third parties.

No one really knows the exact nature of these fake cell phone towers. But, they may not actually exist the way we think of the cell towers that stand along our streets and pepper our cities. They could actually be smaller devices and even laptops designed to fool a phone into thinking they are towers.

A strong suspect for these fake towers are devices called “interceptors,” according to Newsweek. Specifically, interceptors known as “stingrays” have been used by a variety of police and law enforcement agencies to fight crime. These stingrays can mimic cell towers and a growing number of police agencies are using them.

The VME Dominator, for example, is a kind interceptor device that is available to government agencies like the National Security Agency (NSA). It can capture calls, text messages, and can even take control of one’s phone. Some interceptors allow their operators to turn on a compromised phone if it is off and listen in on conversations, functioning like an electronic bug.

One theory suggests that the fake towers are not police devices, but rather are set up and used illegally by criminals to steal people’s passwords and personal information.

“I doubt that they are installed by law enforcement as they require a warrant to intercept conversations or data and since the cell providers are ordered by the court to cooperate with the intercept, there really would be no need for this,” said former FBI agent and CBS security analyst Ross Rice, according to CBS Chicago.

Still other theories include espionage from foreign governments or even the U.S. military, as many of the fake towers are situated near major cities including Chicago, Dallas, Tampa, Seattle, Denver, New York, and Los Angeles, and certain military bases, according to a map compiled by CryptoPhone users.

As of now, the owners and purpose of the fake towers remain a modern mystery.

*Illustration of a cell phone tower via Shutterstock