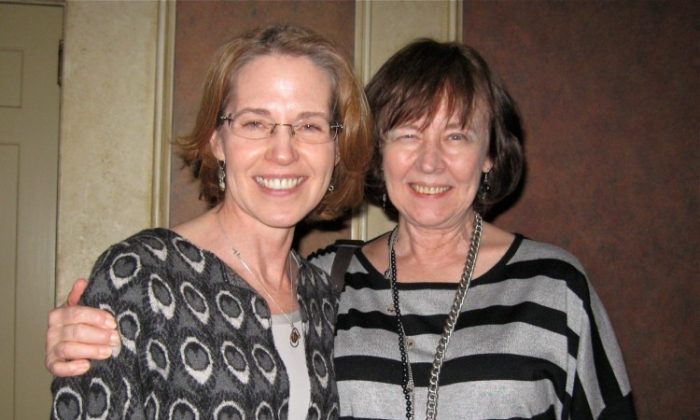 MINNEAPOLIS—Shen Yun Performing Arts Touring Company’s performance was “expansive, exhilarating and just incredibly moving” according to Lynette Ayres, a trainer of photo reading. “My heart is so full,” she said after watching the performance.

Ms. Ayres and Janie Solarski, a writer, attended the performance at the Orpheum Theater on March 11.

“The show was absolutely breathtaking,” said Ms. Ayres. “It allowed us to get the sensations of the song, the music, the color, the story and a great appreciation for the art form.”

Ms. Solarski was equally impressed. She said: “I thought it was absolutely lovely. It was just like a color feast, a feast of color for the eyes and the heart and the soul. It’s absolutely beautiful!”

As well as the beautiful artistic aspects of the performance, Ms. Solarski resonated with a deeper quality of the performance. “It’s so hopeful,” she said. “Hopeful in the fact of how we’re all connected and how there is just a lovely kind of a grace, so there is hope for all of us in this difficult world. It is so beautiful.”

She elaborated, “It’s that recognition of what it is that saves people and of that god-like quality of all of us … and in this show it just communicates that so well, through the music, the color, the dance—just everything.

“It’s just like answering what we need to know, in a way, it’s providing an answer about that triumph of truth and if you just look … it’s by your side, the truth is right by your side, and we just don’t look for it, and it tells us how to look for it.”